Well, the Frankfurt Musikmesse 2013 was a remarkable experience. Some say it wasn’t as large as it has been in past years, but there were still lots of new goodies. Since the big news about Yamaha, Korg and Roland was released at the NAMM Show, our report will concentrate on the European market with all of those special products which have enriched the synthesizer landscape for years. And we’ll be meeting some remarkable people along the way … 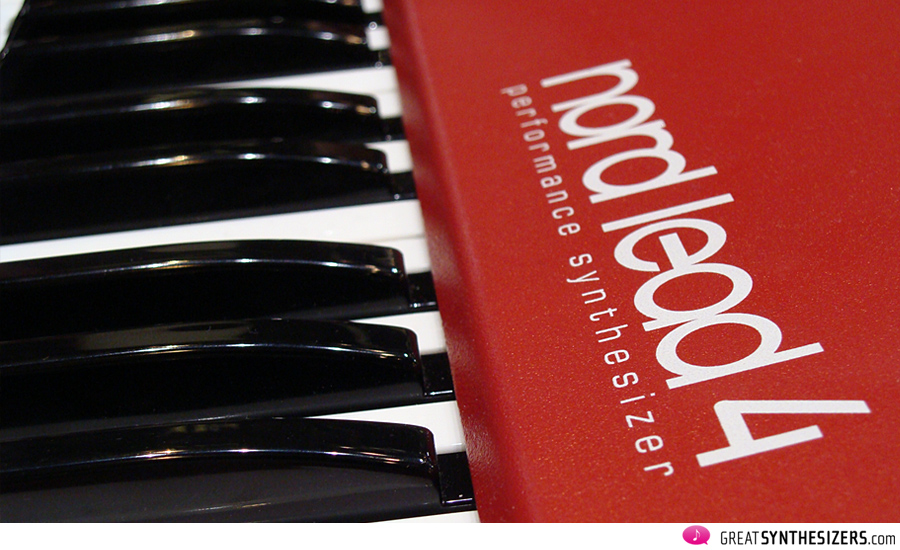 Clavia continues its success story with their red performance synthesizers. In addition to classic (virtual) analog waveforms, the Nord Lead 4 (Nord Rack 4) now offers wavetables with formant waveforms. The new Variation Buttons allow simultaneous editing of various parameters “on the fly”. There are 7 of these variations available per sound. 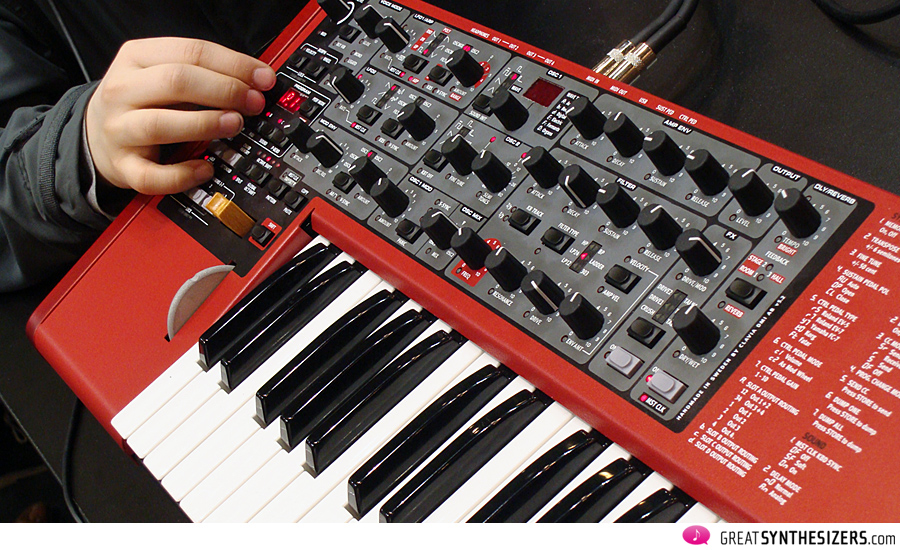 The Nord Lead is unchainged classical “Clavia”. What a great feeling, when a user of the (old) original NordLead immediately finds his way around the new instrument. And the big knobs are great. A perfect sequel. 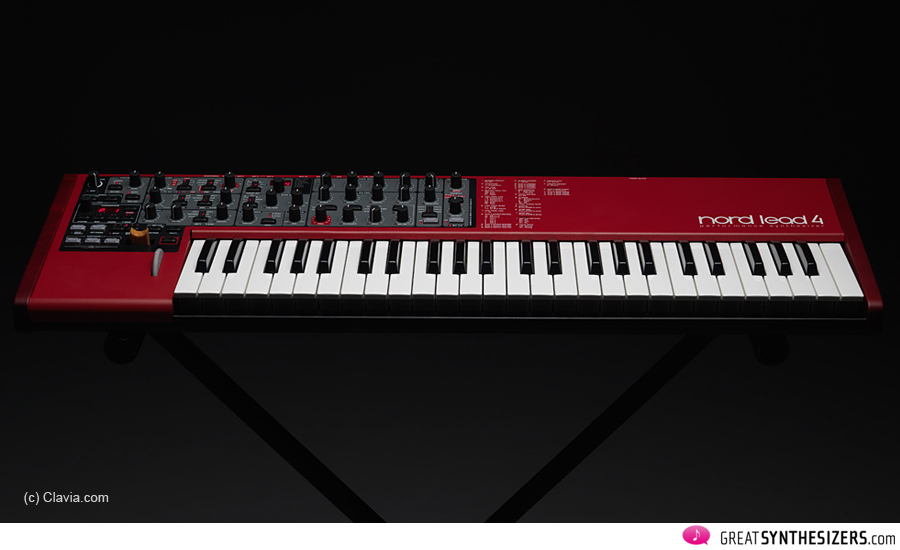 The rack version is – you guessed it – for the rack. But a tabeltop version is also available. Its well-designed high sides lend nobility to this instrument. For additional information to the Nord Lead 4 / Nord Rack 4 see www.nordlead4.com. 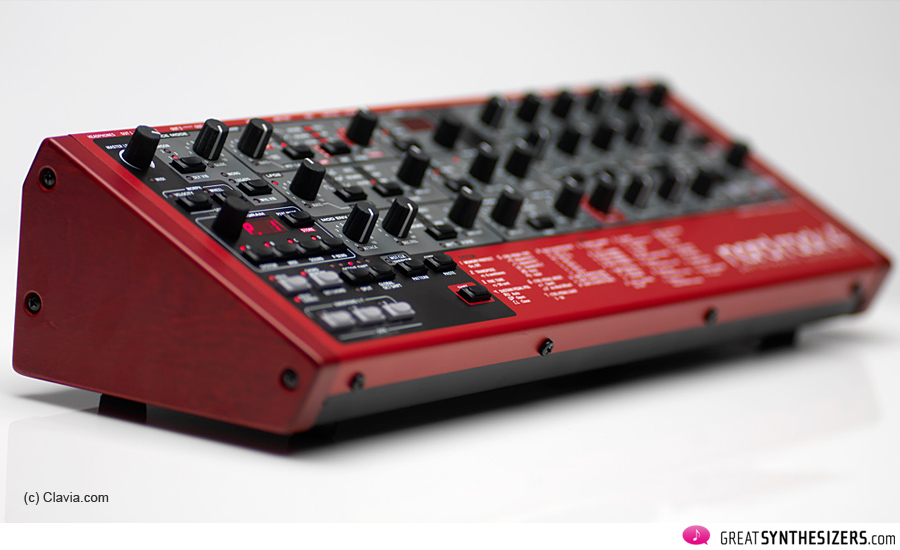 Now a quick side track to the American market. Moog is also master of selective product management. While we’re still waiting for the new polyphonic Moog synthesizer, the Sub Phatty has been on the market for several months. 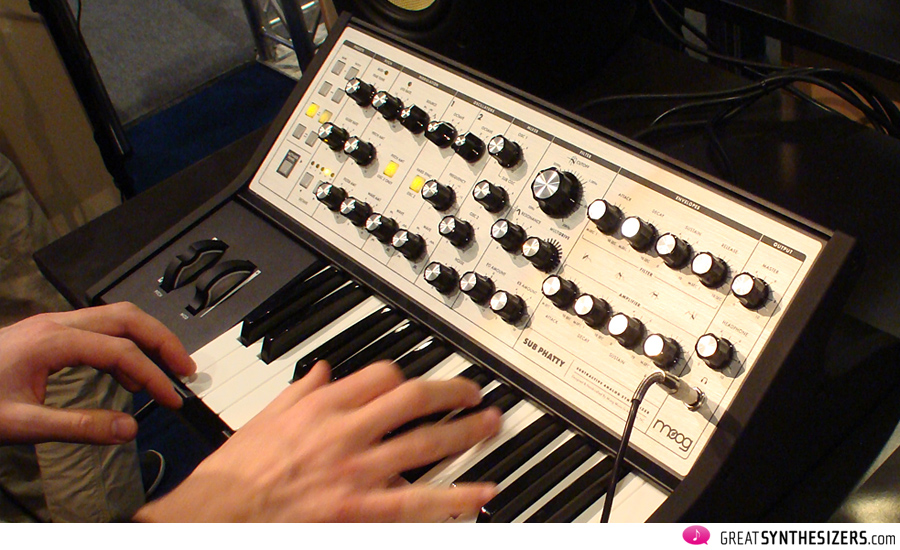 It’s in every way a Phatty. Its characteristic design removes all doubt. The compact instrument is very well made (as we would expect) and surprisingly heavy. 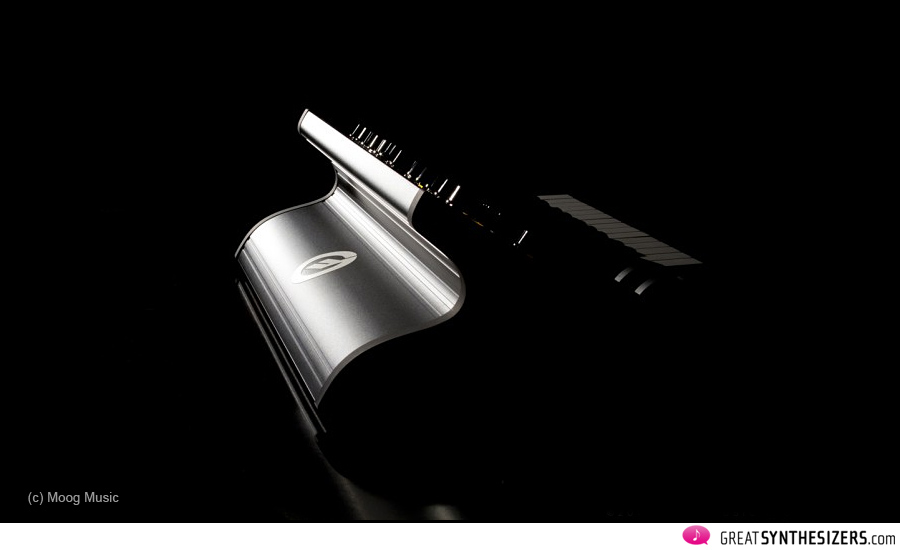 But we do have a couple of questions on the practical side. Even though the Arturia MiniBrute has already gone this way, it is “not” practical for an analog synthesizer to be reduced to 25 keys. That doesn’t even fullfill the most modest of needs. 2 octaves are too little. And then there are those chicken head switches on the Sub Phatty (obviously designed after the Minimoog / Voyager) which are definitely too small for any more than the point of a finger. We dare to hope that the Phattys are coming to an end. 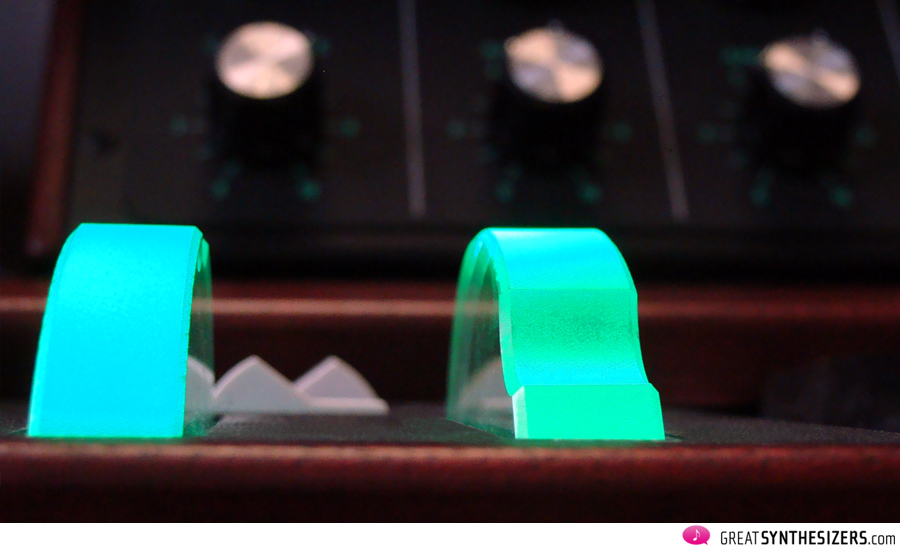 Nonetheless, the Moog Voyager is still attractive. A success story dating back more than 10 years. And for those of you with no money problems and lots of room, there is of course the big Voyager XL. This heavy instrument (30 kg) has a luxurious keyboard range for a monophonic synthesizer. 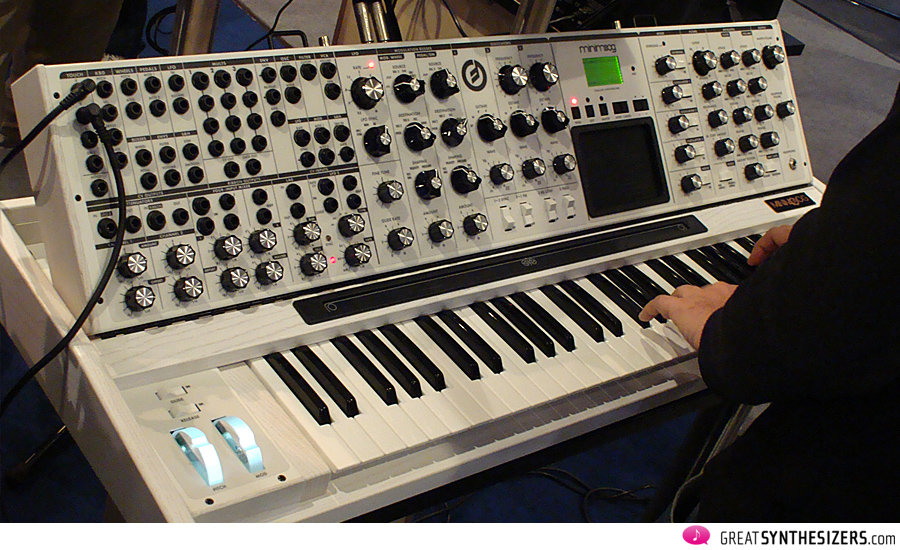 And the “XL” has a generous array of performance tools! Although it’s a bit of a shame that this luxury synthesizer doesn’t have a step sequencer. The concept (the performance possibilities) could have stood with a little refinements. 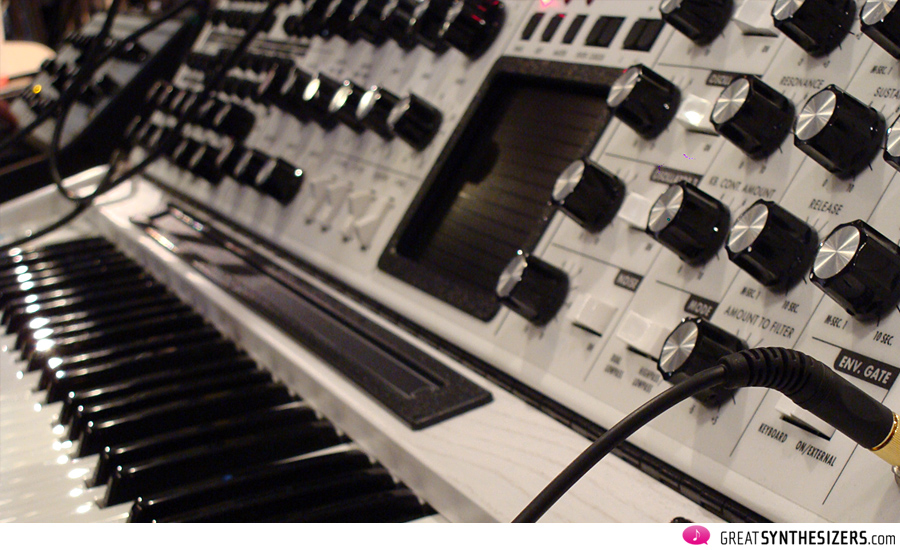 The only synth we know that exceeds the Moog Voyager XL is the Schmidt Synthesizer. It occupied a corner on the EMC stand all to itself. The instrument is superb for many reasons, its appearance and its hardware are of the finest. 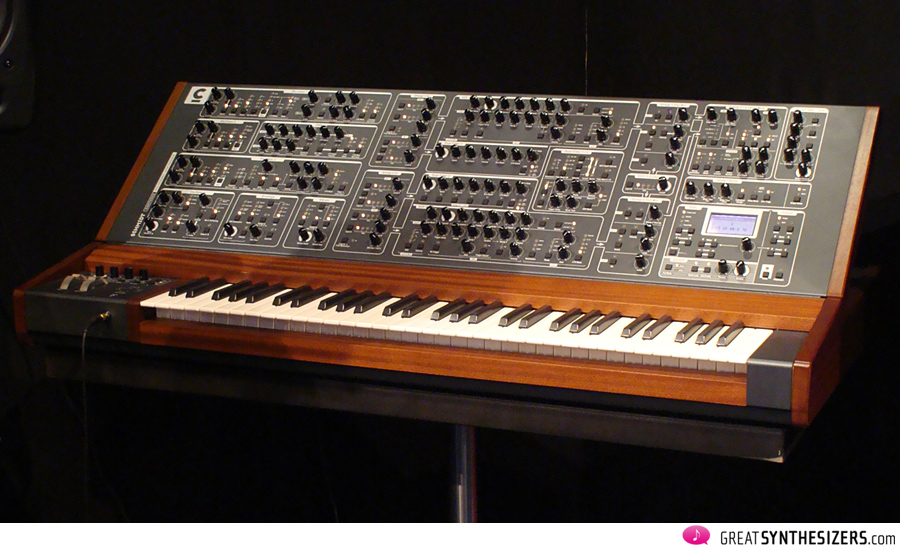 The lightly weighted high quality keyboard deserves special mention. The potis of the Schmidt Synthesizer are of the best quality, too. And the classical combination of wood and metal lends the chassis a noble touch. The huge amount of LEDs and knobs is breathtaking. 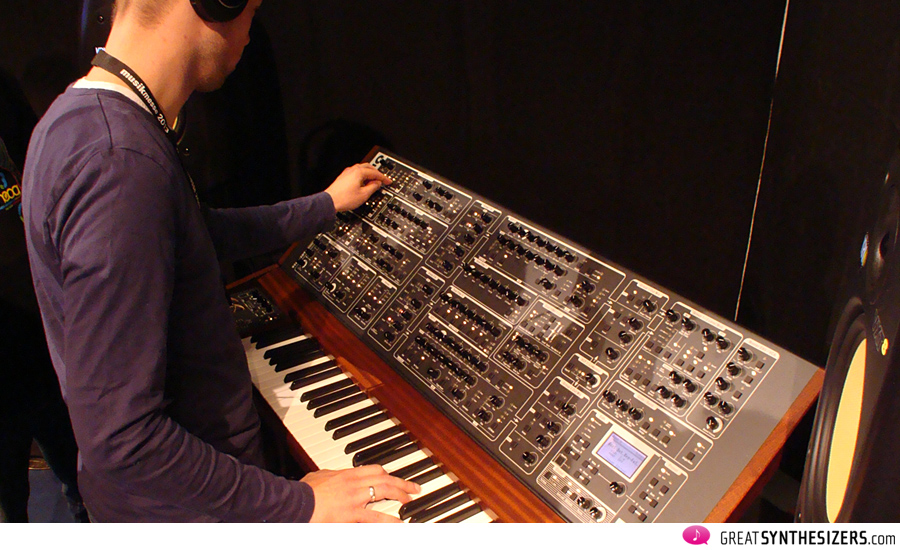 Admittedly, user friendlyness decreases with an increase in the size of the panel. But the Schmidt is no synthesizer for beginners or amateurs. This is reflected in its price. Orders for the 18 000 Euros “Super Analog Synth” are in full swing, as Stefan Hund (to the right) of EMC tells us. 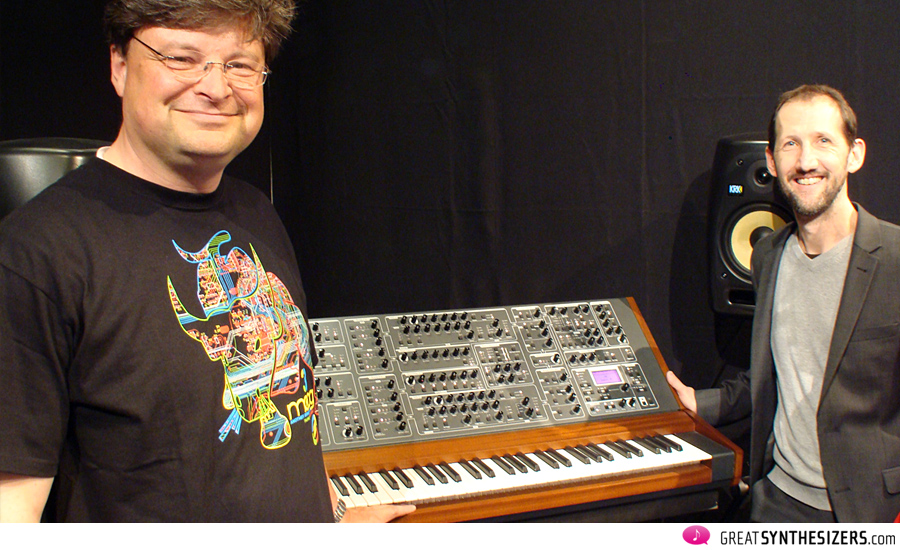 EMC was offering other goodies at its stand. Following the sub trashhold grumbling brings us to a 5-octave performance synthesizer that has been on the market for 2 years. The Accelerator of Radikal Technologies is very powerful and dominates its part of the exhibition area with massive sounds, and with the help of the tabletop synthesizer Spectralis 2. 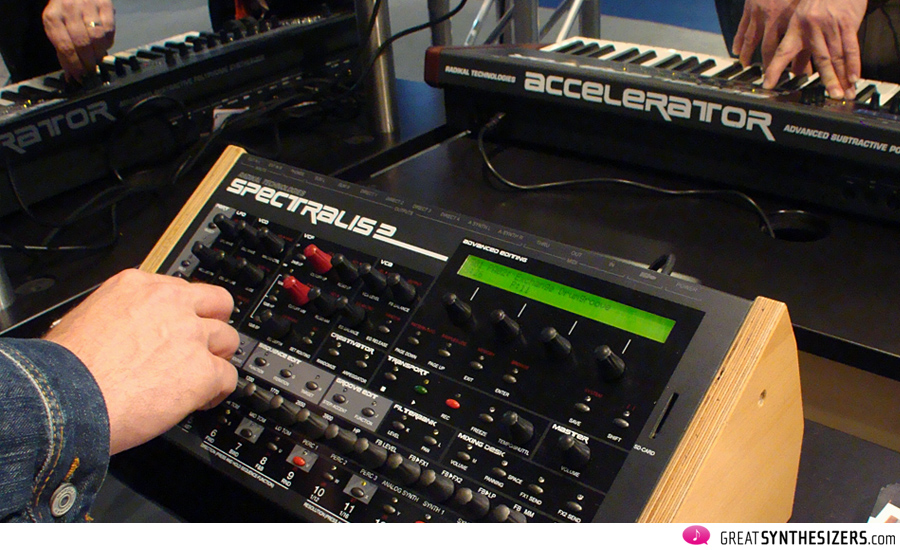 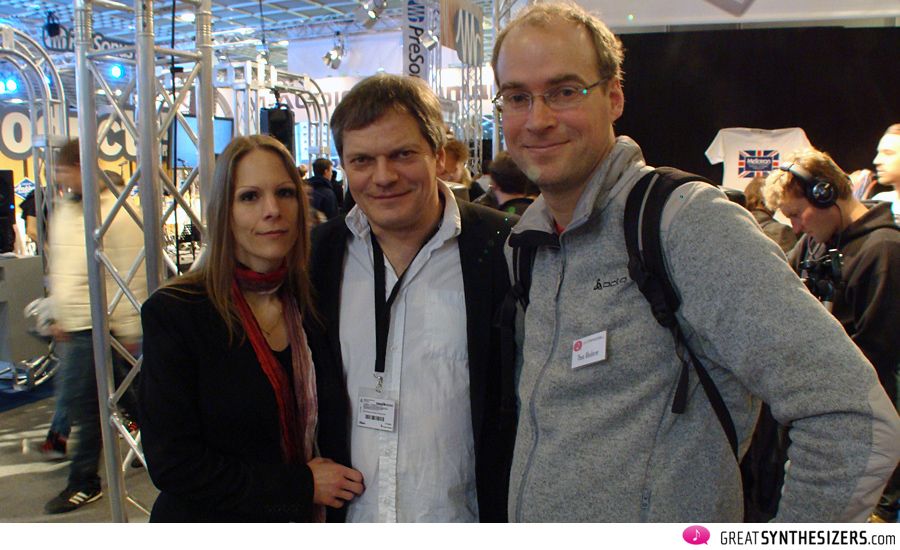 A slight turn and you’re standing in front of the Solaris. This “polyphone modular synthesizer” – also distributed by EMC – still has no competitors on the market. Not even the new DSI Prophet-12 can’t hold a candle to John Bowen’s life’s work. 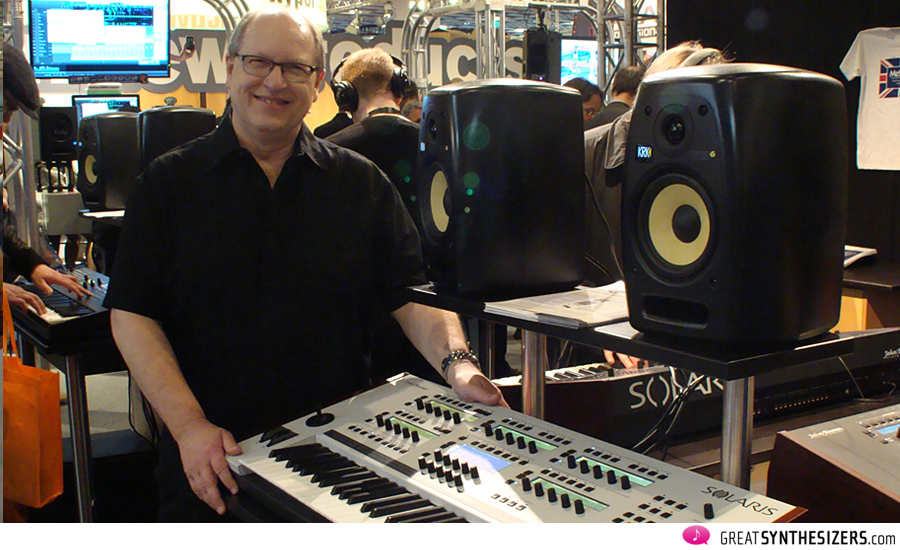 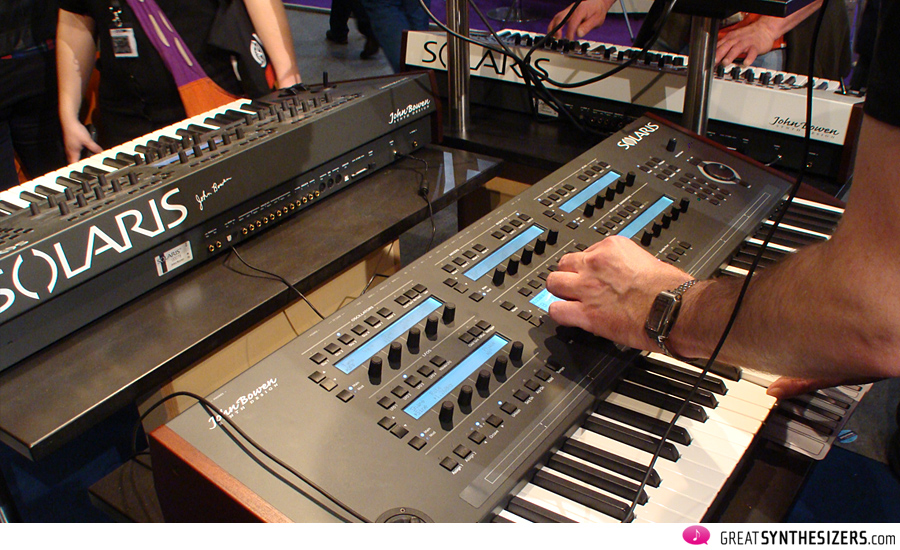 It’s not suprising to find distinctive personalities wandering around these distinctive instruments. For instance Axel Hartmann (left) – THE synthesizer designer – seen at the EMC stand. Hartmann is responsible for the great appearence of many modern (analog and digital) synthesizers. 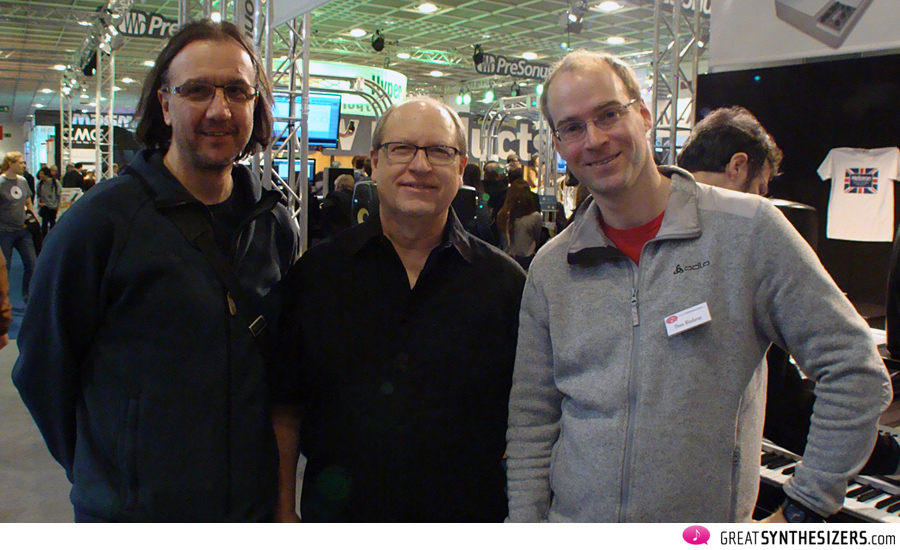 But back to the instruments. Alex4 – the Berlin distributor – presents a whole line of first class (and sometimes rare) analog synths. It’s not every day that you stand face to face with a Buchla Modular System. 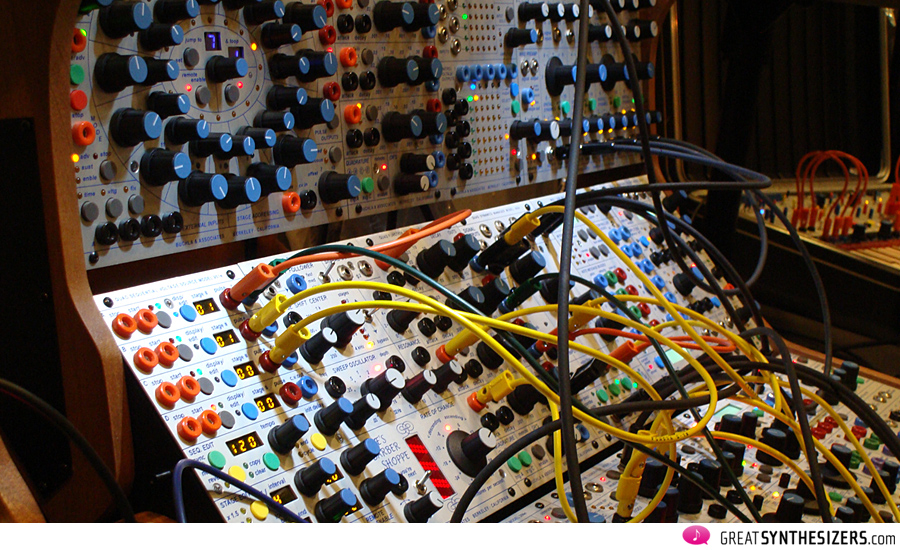 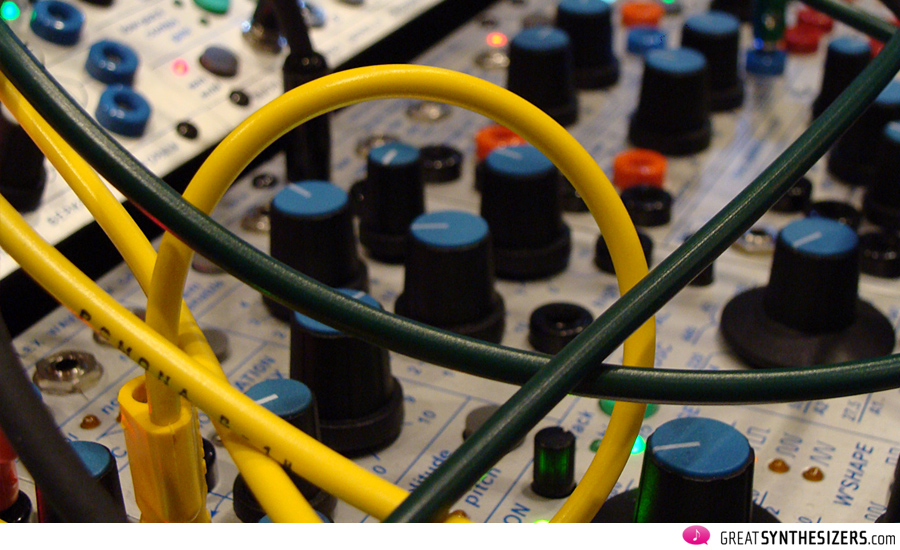 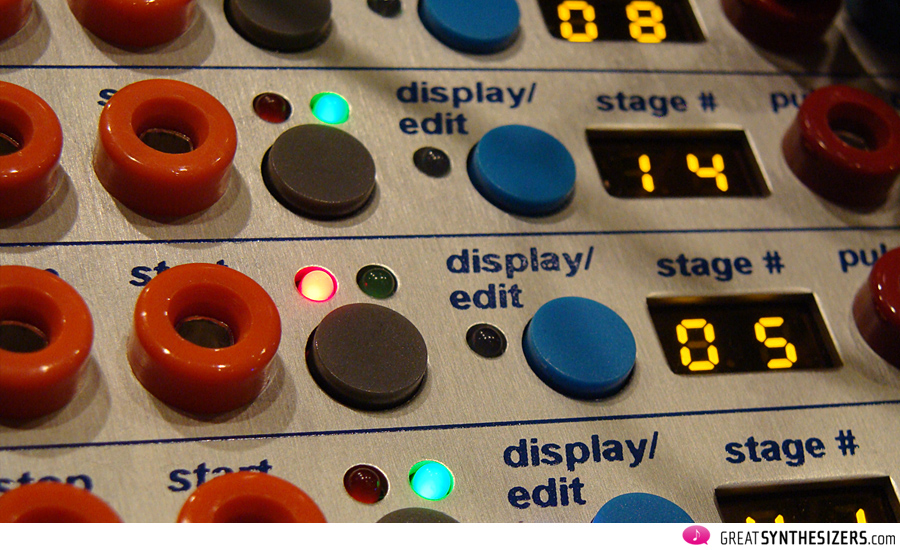 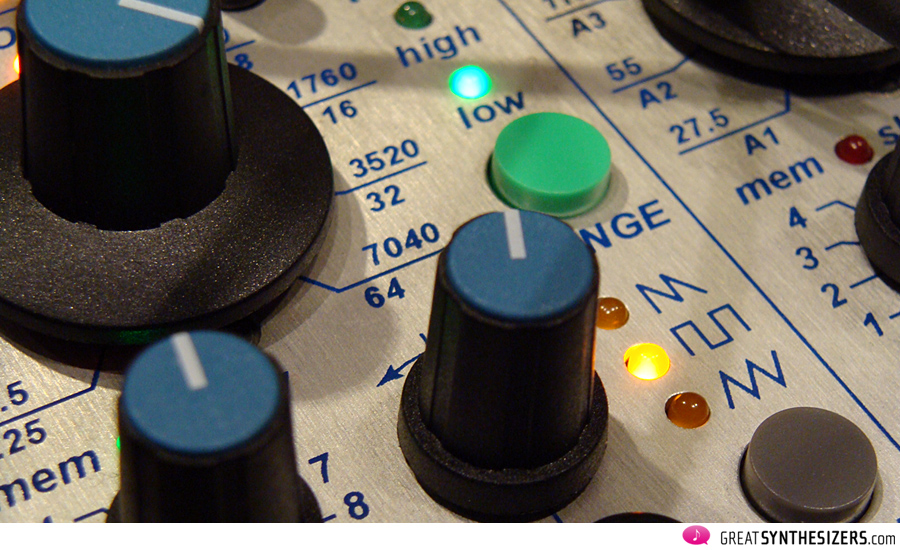 A little down the path, we gaze in admiration at the MicroMac from MacBeth. Available as a tabletop or rack synthesizer, the basic instrument has a lot in common with the Minimoog. Admittedly, the patch field and those silver switches far exceeds the possibilites of the great grand daddy of all monophonic synths. 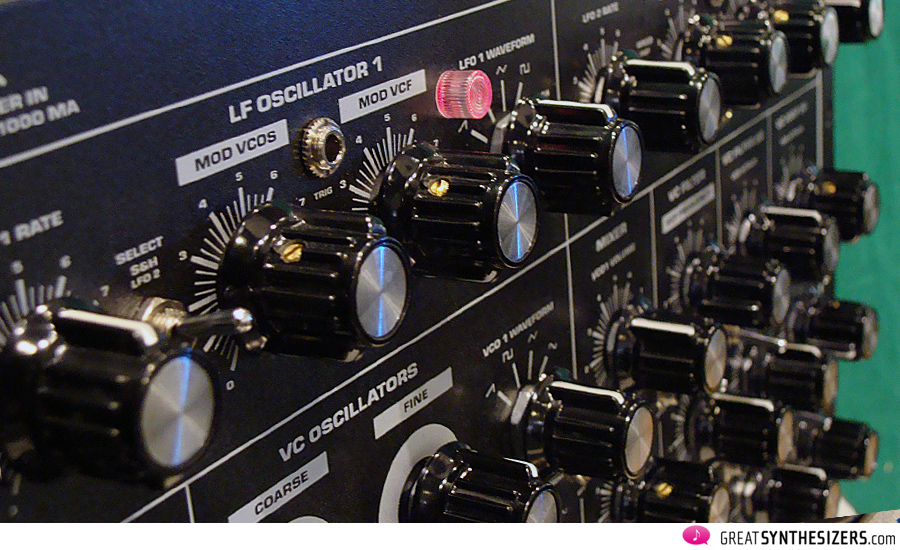 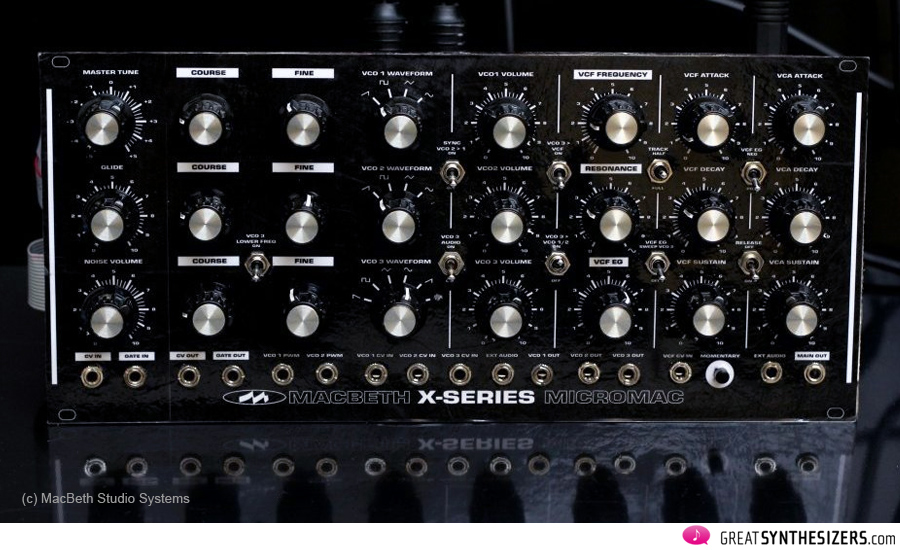 Naturally, there’s a great abundance of Eurorack modules, a specialty of Schneiders Buero and Alex4. Don’t miss the Furthrrrr Generator from Endorphin.es. The dual VCO module is a superb analog sound device. 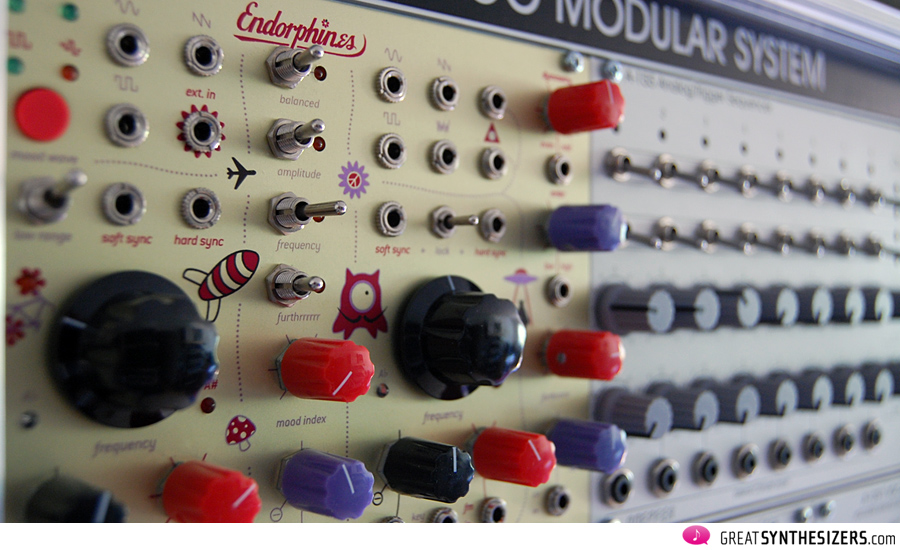 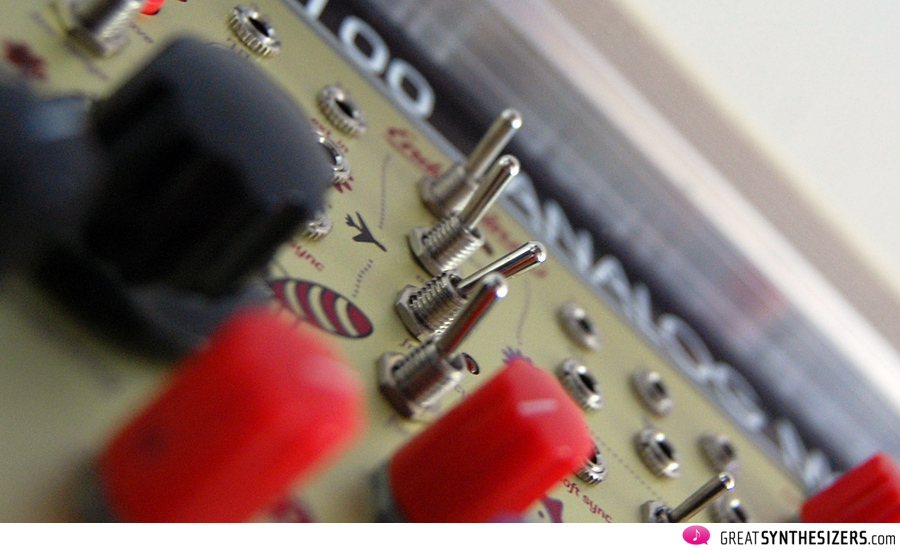 This link will give you an idea of the Furthrrrr Generator’s sound:

Not only the Buchla System is rare, there’s also the Trautonium. Since demand for Oskar Salas instruments has greatly increased in the last few years, these electronic devices from the early days are again being made, this time by Trautoniks. 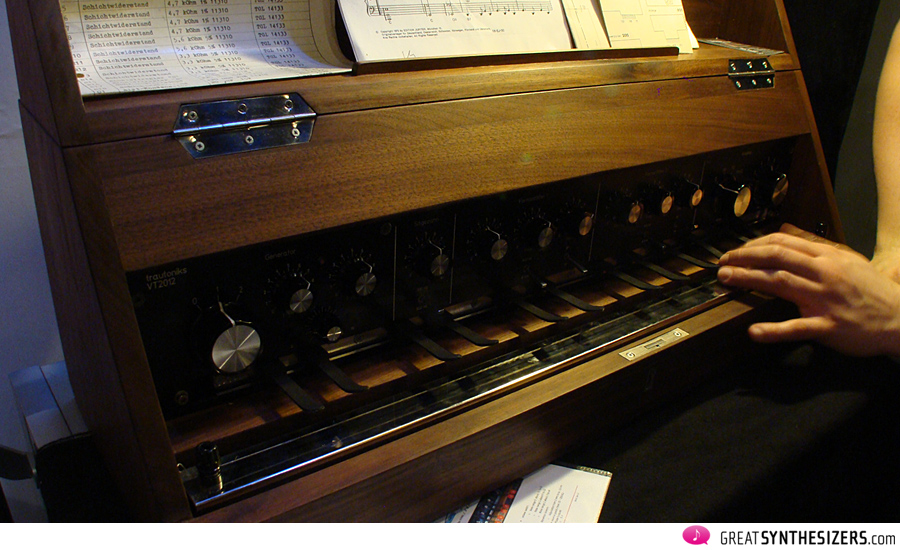 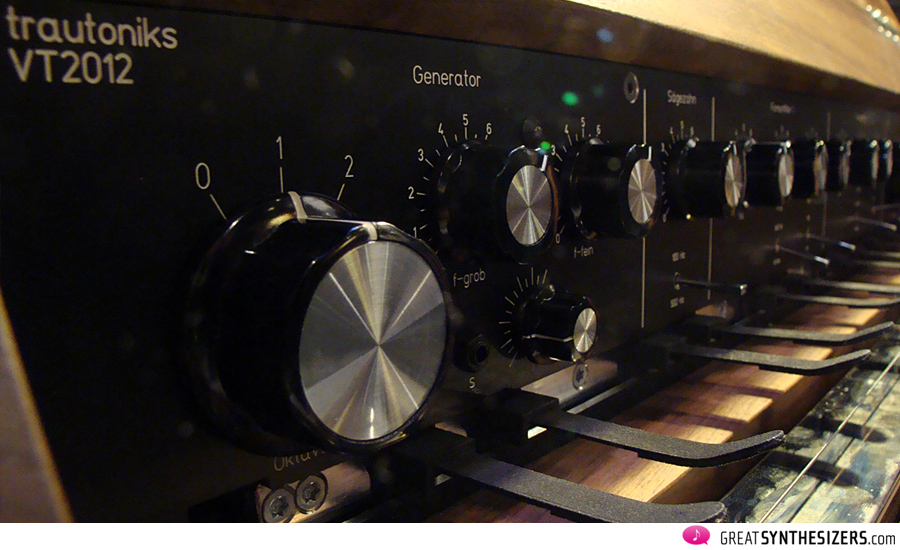 Part 2 of our report will bring us in contact with Dieter Doepfer and Yves Usson, with Arturia and MFB. And there’s a lot to see: the extremely rare PPG 1020 Synthesizer, the new Yamaha workstation series (MOX), an old Yamaha synth legend and a dearly missed (up to now) product finally released by Waldorf.