Admittedly, we feel more comfortable talking about hardware-synthesizers. But there are exceptions to the rule. When we first heard the Crumar Performer Software, we were amazed. Its demo audio tracks were pretty convincing – what a gorgeous sound! According to the company, Crumar invested a year of intensive research in developing the new Performer software – which is now supposed to offer a (almost) authentic sound of the original synthesizer / multi-keyboard. And yes – it comes close! 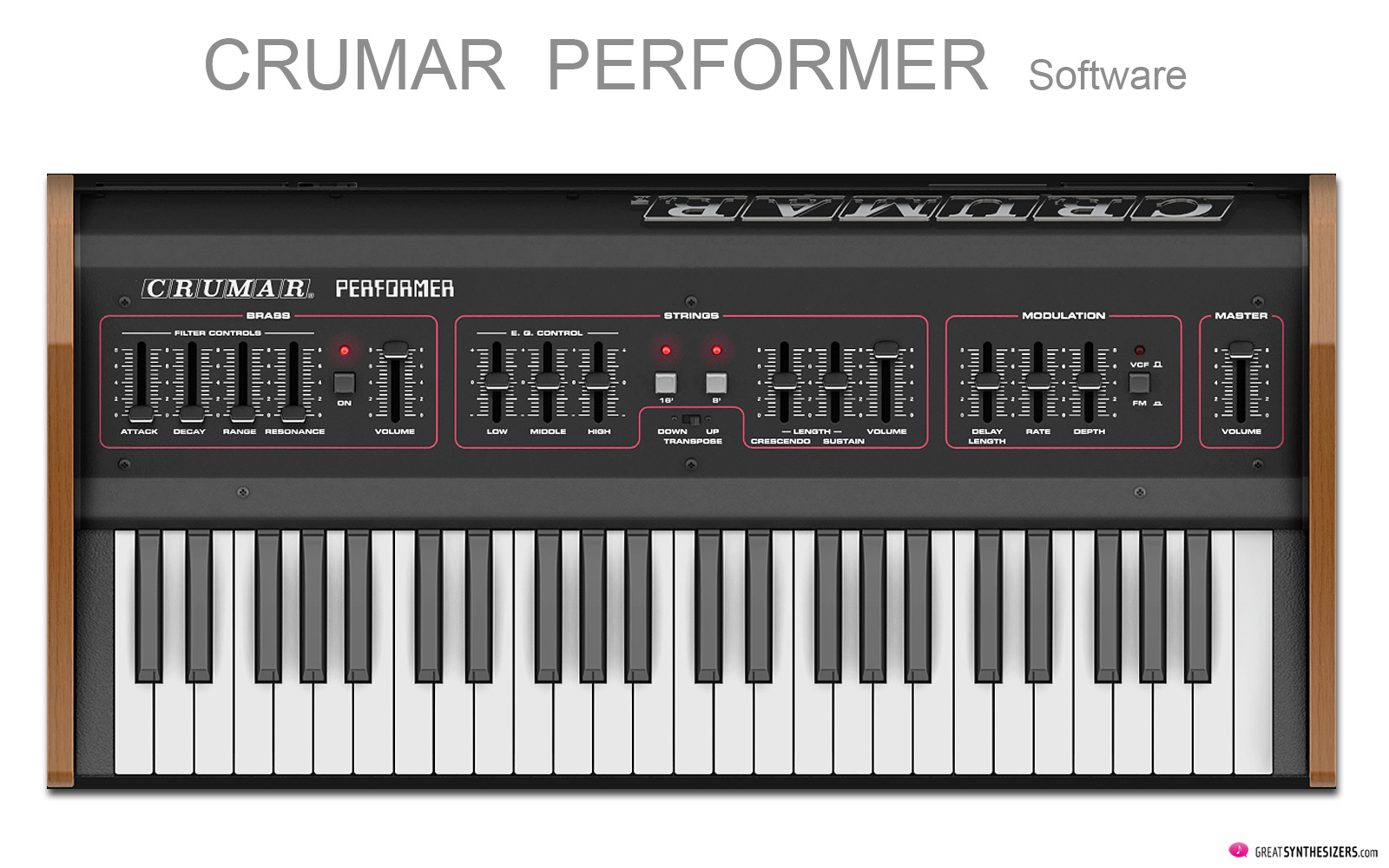 A short look back at the original Crumar Performer. Launched in 1979, it was one of those hidden secrets on the synthesizer market. It featured a brass- and a string-section (making it a simple multi-keyboard) and had a surprisingly meaty analog sound. It came with the wonderful SSM2040 VCF (for its famous brasses), and with a SSM2050 envelope generator. 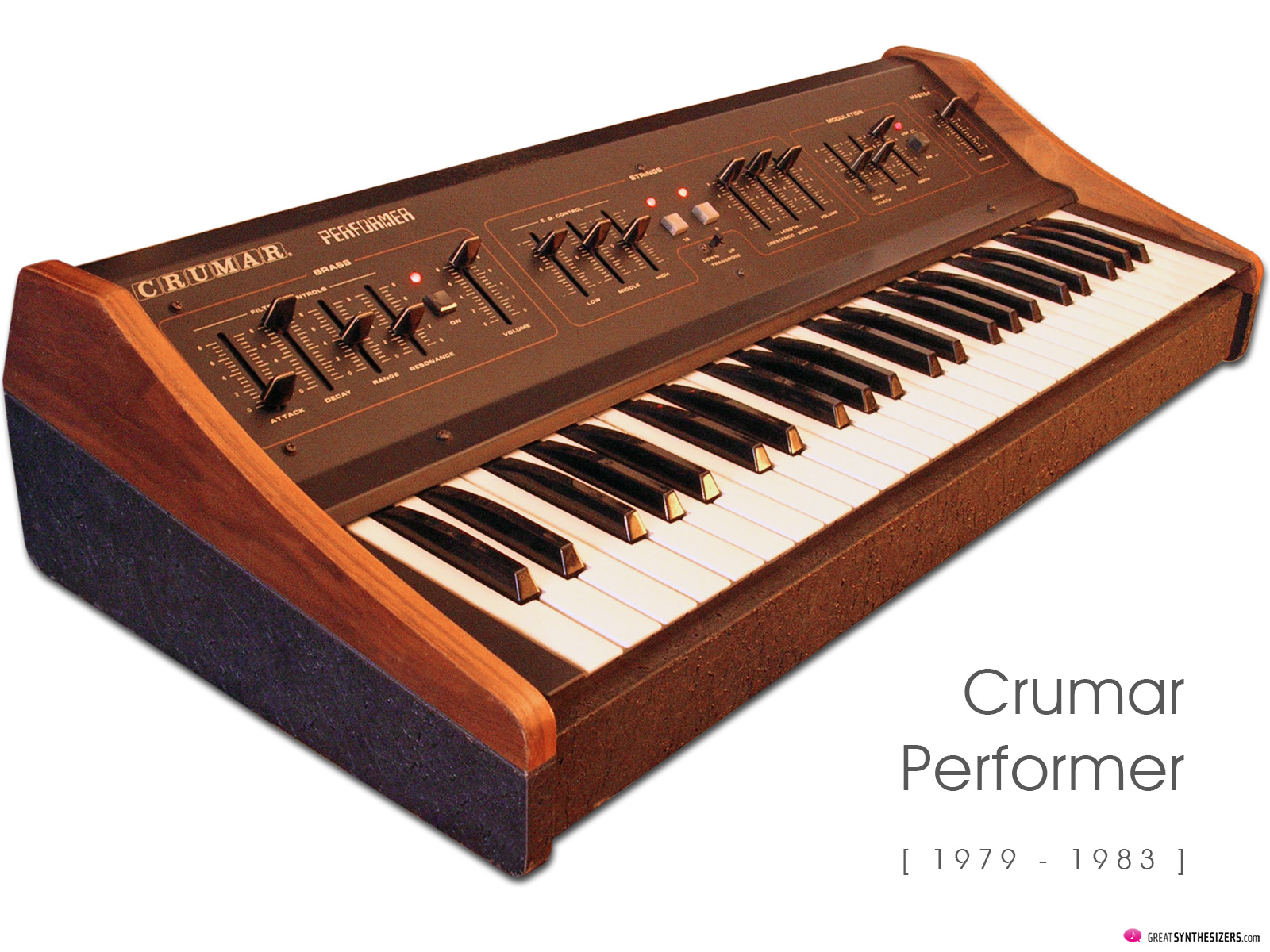 Nevertheless the Crumar Performer – whether it featured SSM chips or not –  was no Prophet-5 Rev.2, of course. It had only one filter and one envelope generator. And its polyphony was realized via frequency dividers. Technically, it was one of those cheesy multi-instruments of the late 70s / early 80s. With a decent sound, correct. And with its very own character, correct as well. 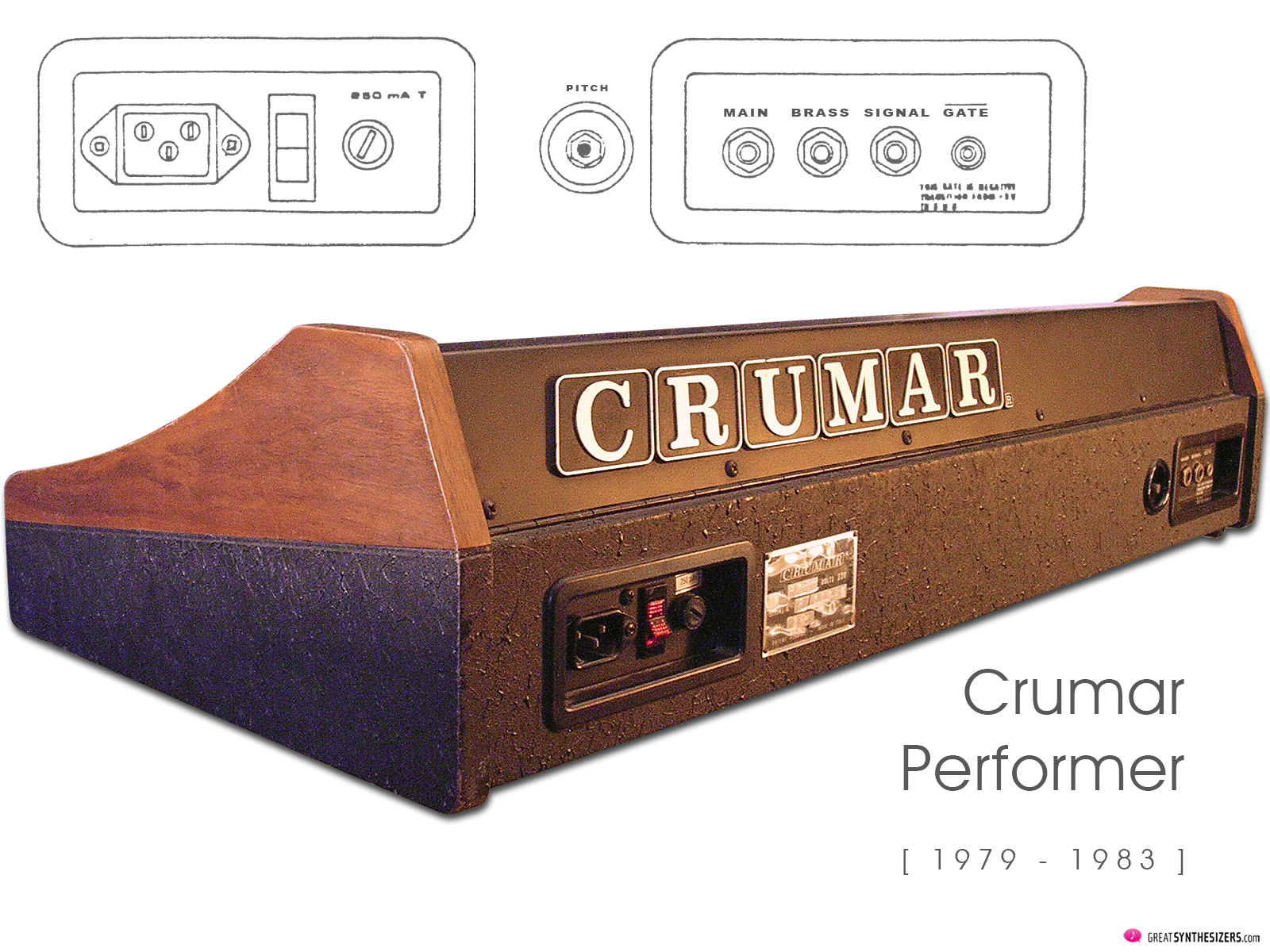 The new Crumar Performer software not only offers the original user interface (very simple user surface – an bis advantage, actually), an accurate simulation of the original circuits, and full polyphony (we already had that before (o :), but also a switch for the Rev. A / Rev. B filter selection, and a switch for the “Sustain” modification. 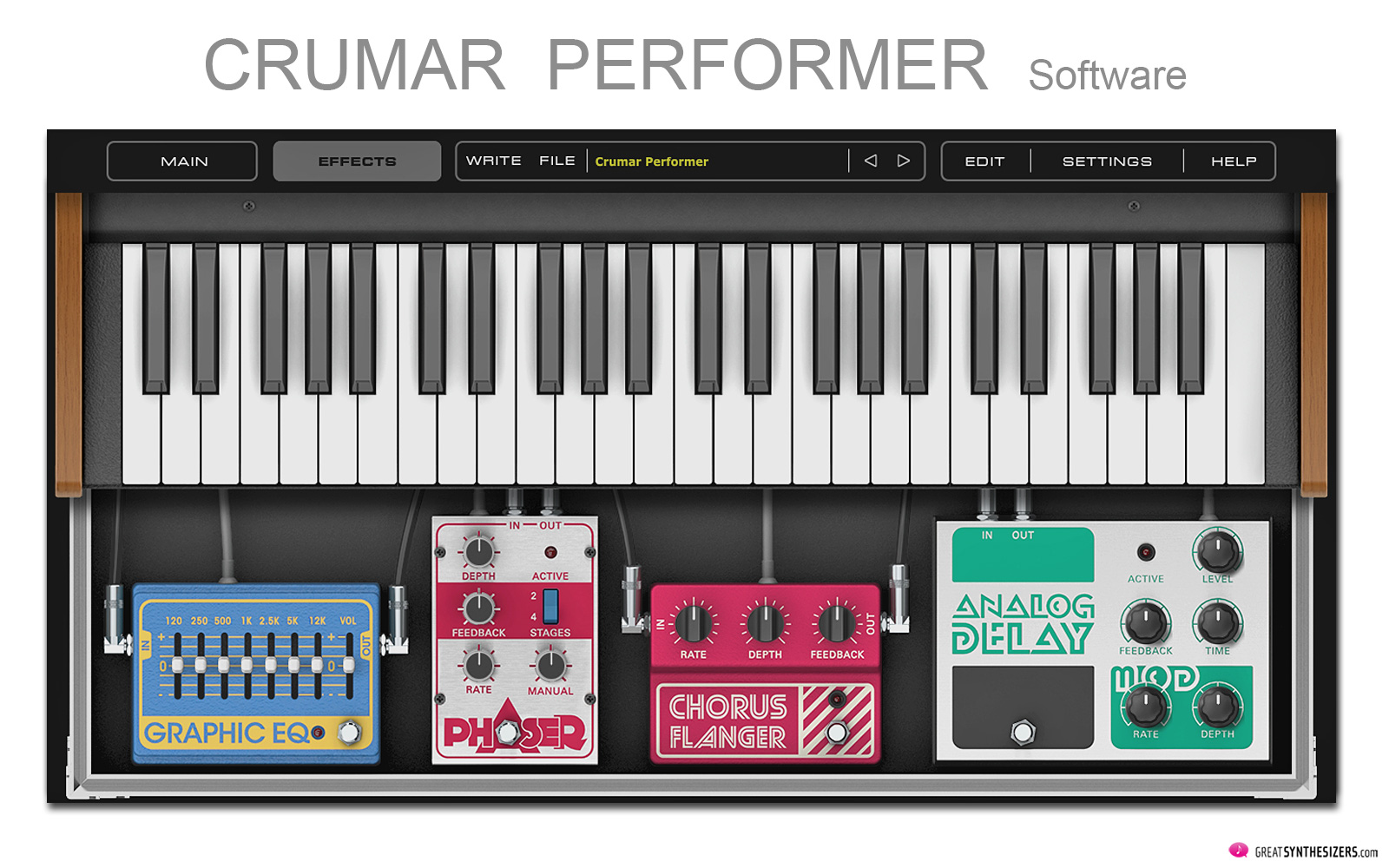 Besides the convincing basic sound, the most important aspect of the Performer Software is the extra bunch of virtual effect pedals. Beautiful effects, directly connected to the (virtual) Performer. That “Vintage Brass / Strings + Phaser / Chorus / Delay” package  works out pretty well – as you can hear in the attached sound files. 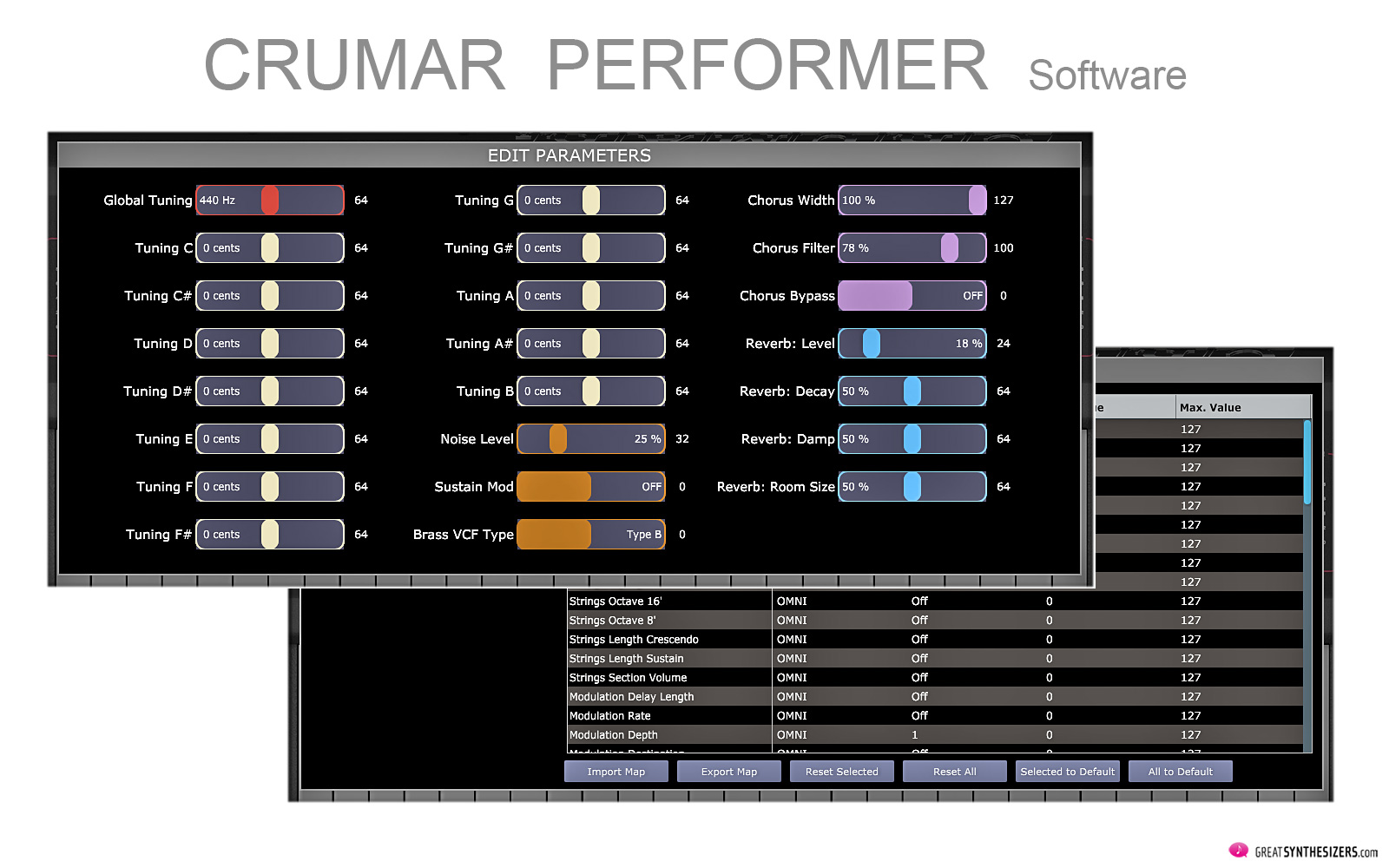 There’s only one minor point of criticism: The attack- / release-times are pretty short. They correspond to the vintage instrument’s behaviour, ok, we got that. But why not “improve” things? The almost religious obligation to be as faithful to the original instrument as possible – a phenomenon of our times – is often irritating and difficult to understand. 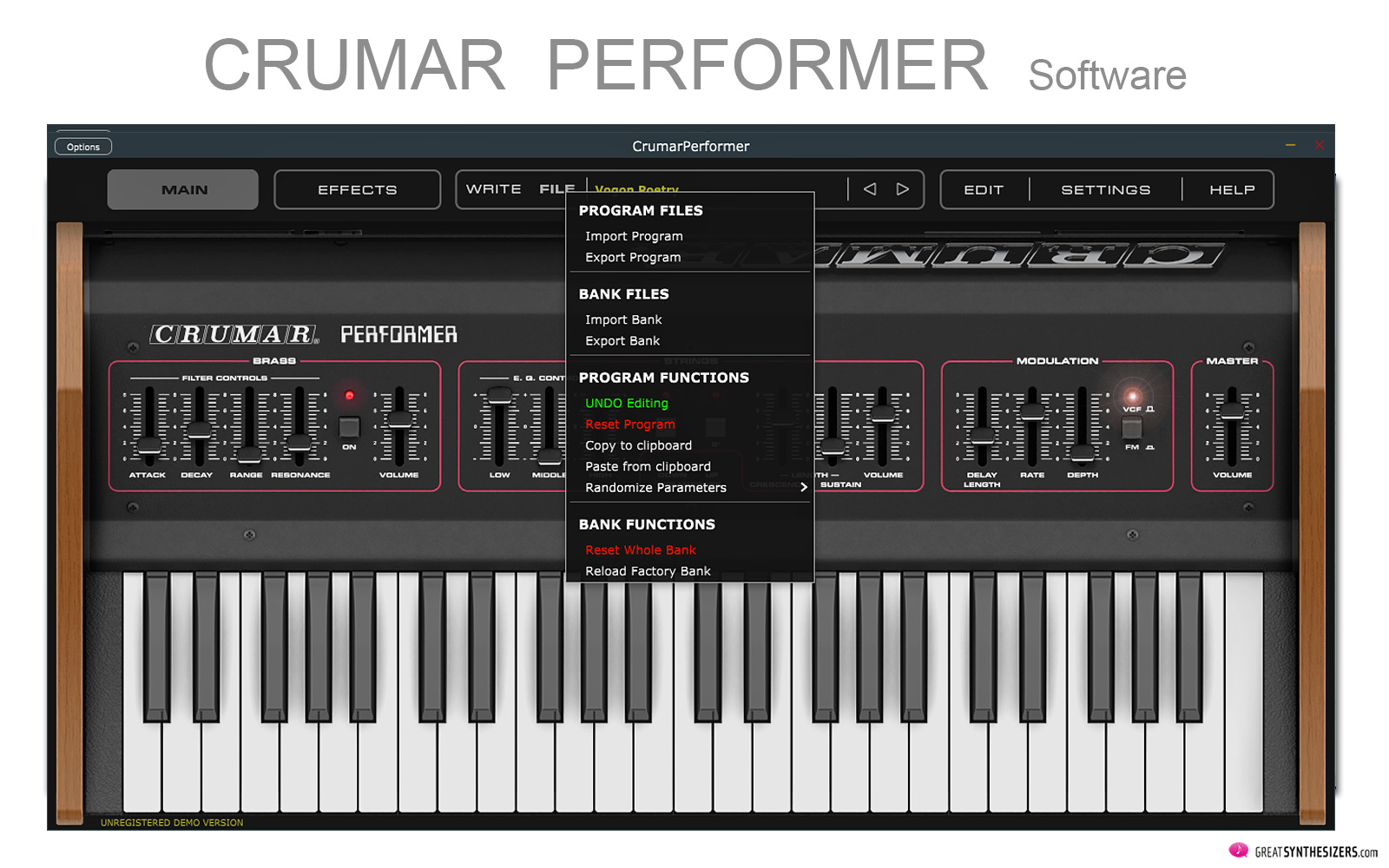 Finally, there are 3 sound files of the “original” Crumar Performer synthesizer … In comparison, the new Performer Software does pretty well. Ok, maybe there’s a little less dynamic and a little less warmth in sound compared to the original synth. But it’s not too bad, not at all. 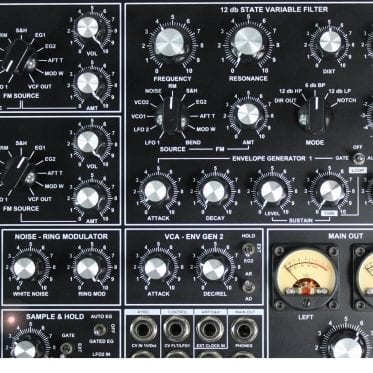