The Doepfer workshop on 13th of July was positive in every respect. For one, the two-part workshop was very well attended. 50 synth freaks (newcomers as well as advanced users) followed Dieter Doepfer’s explanations and presentations with enthusiasm. The A-100 modular system explained by its inventor – perfect! 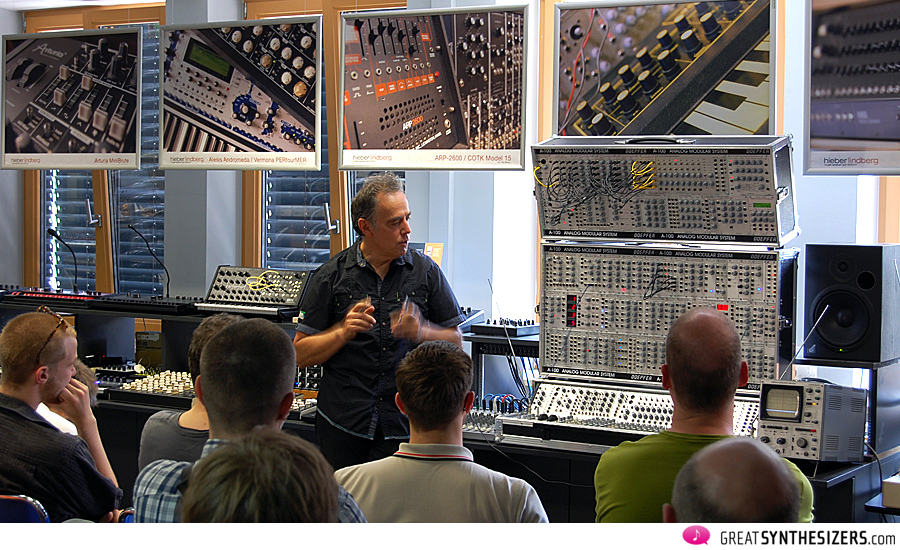 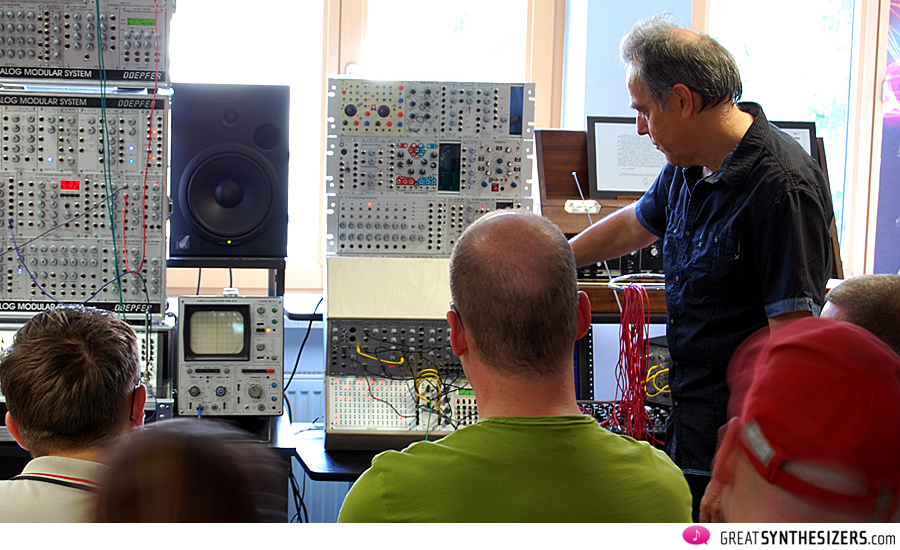 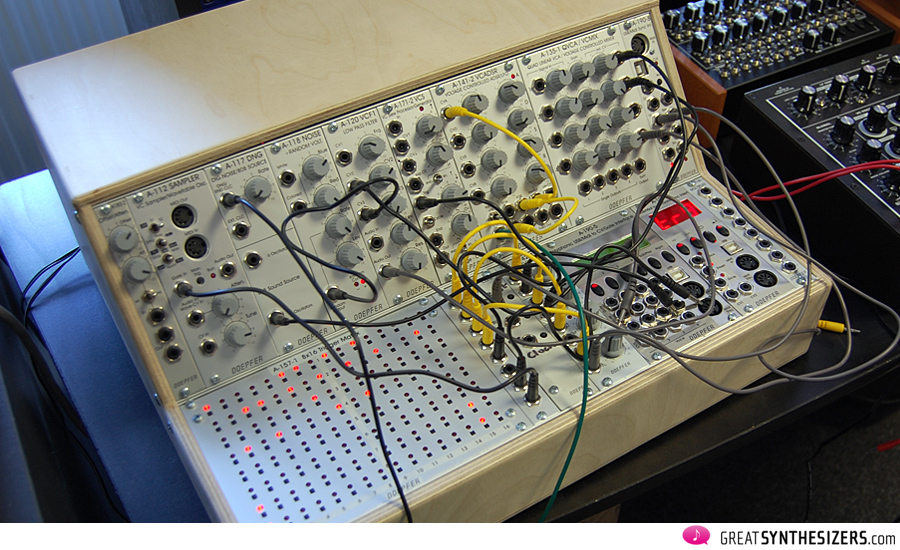 On the other hand, there was that special small lowcost-case. It bristled with (mainly) brandnew modules and was the perfect assistent to the huge A-100 monster case.

But, let’s stay with the standard modules of the A-100 System for right now. Dieter touched on many aspects of electronic music and made reference to many different modules. For sound, the A-127 VC Triple Resonance Filter (3-part filter module) was the name of the day. You could have thought that those vocal sounds had come from a vocoder rather from a resonance filter. Completely convincing. Although the sounds were based only on a simple sawtooth waveform, surprisingly many vowels (A-E-I …) could be clearly heard behind the resonance filter. 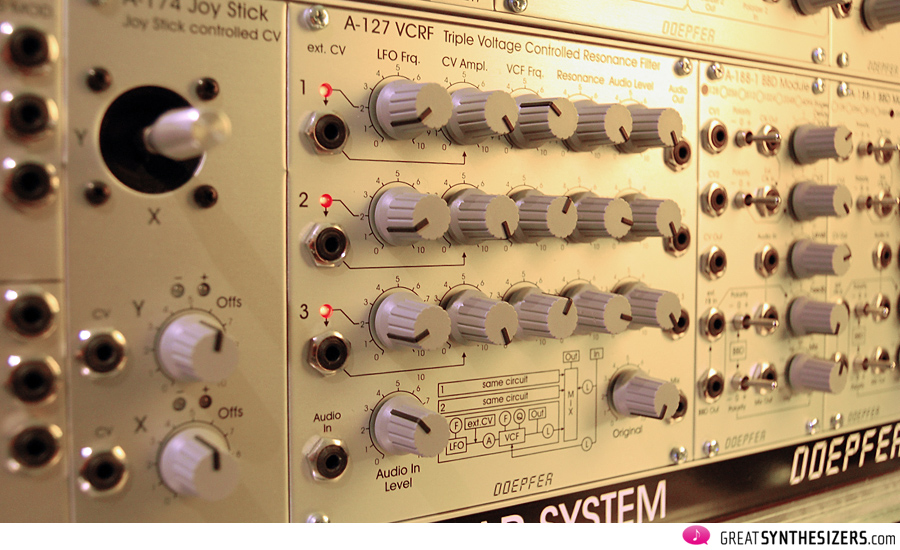 Then, among the old modules, we must point to the A-113 Subharmonic Generator. Mixtures – clusters of different pitches from the subharmonic scale – deliver very experimental and unusual (dissonant) piles of chords. “Different”, delightful. The flexible A-113 module even totes patches that memorize up to 50 mixtures, putting good creations at your fingertips again and again. 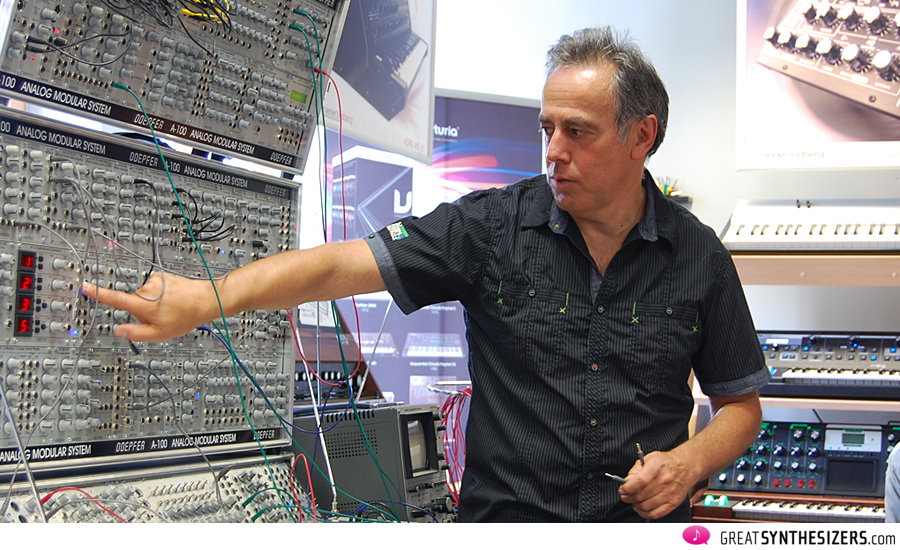 Among the newer developments of the A-100, the A-141-2 VC ADSR Module was especially impressive. It’s the extended version of the original voltage controlled envelope. An unusual feature is that the sum of all the envelope parameters can be controlled simultaneously (with a single voltage). Another “nice” is the A-135-1 Voltage Controlled Mixer. You start with a package of 4 VCAs. In addition, there are 4 single outputs. This new version of the A-135-1 is also able to process slowly control voltages because the signal in/outputs are DC coupled. 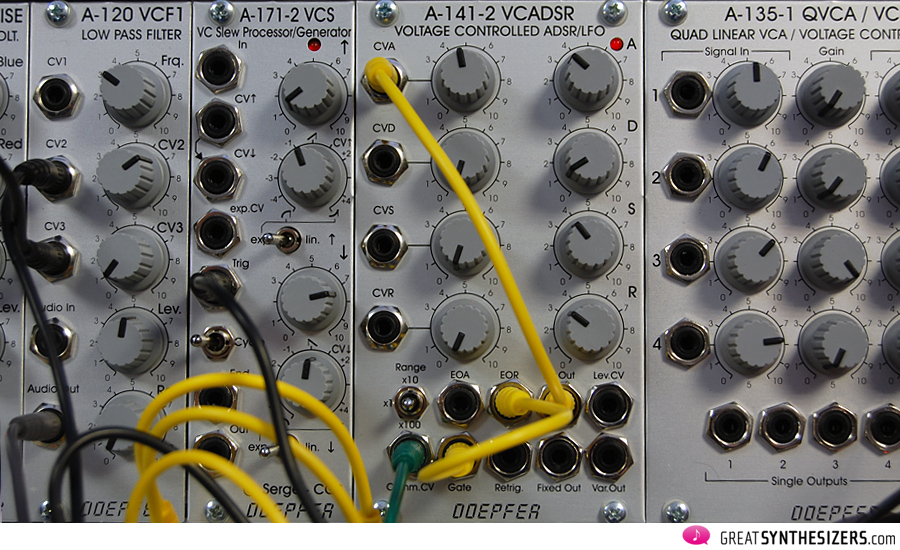 After years of development, the polyphonic A-190-5 USB/Midi-to-CV/Gate-Interface is here! The module should be available in the Fall. 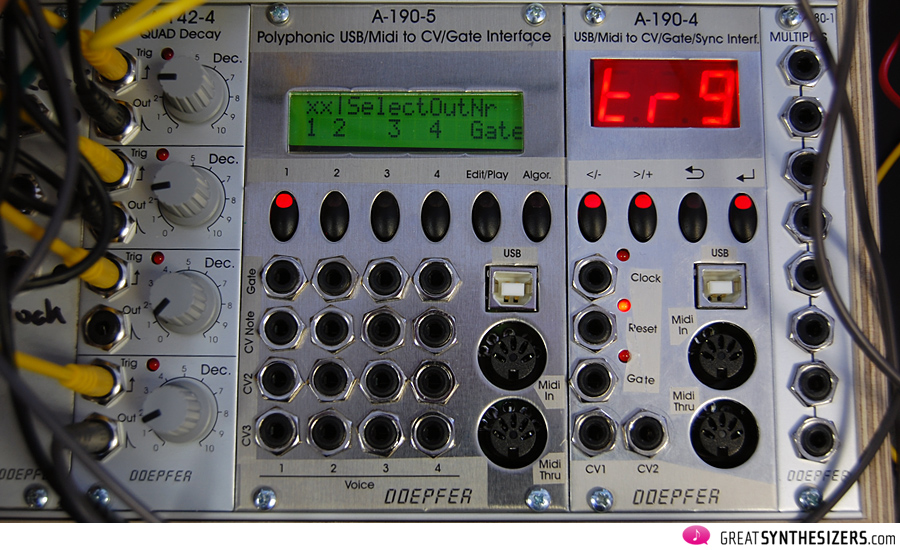 We must not forget the ingenious A-157-1 Trigger Matrix Sequencer, which will amaze all those Schaltwerk-friends and pattern-oriented musicians, causing exclamations of “Wow!” and “You’re kidding!”. The Trigger Matrix Sequencer is a technical and crafting miracle. 8×16 trigger keys in the smallest possible space – a real challenge for the manufacturer. 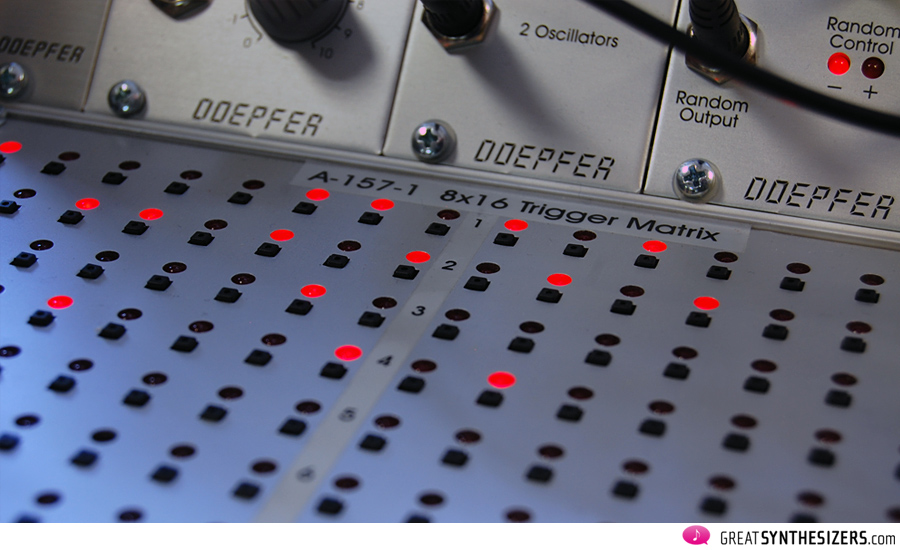 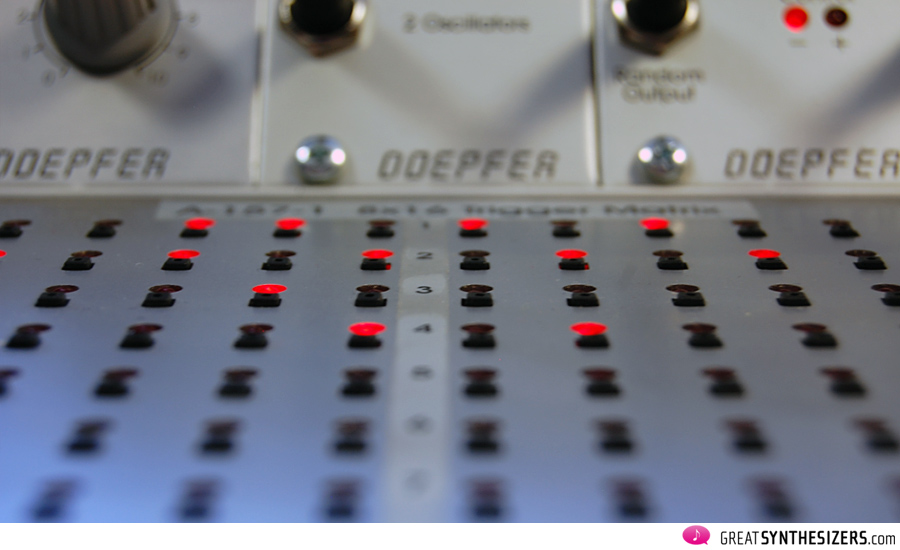 Many thanks again to Dieter Doepfer for that very successful afternoon and for his introduction of old and new modules. And special thanks to Musikhaus Hieber Lindberg, which organized this event. An additional Doepfer Workshop is scheduled for the Fall or for the coming Spring. We’ll keep you posted … 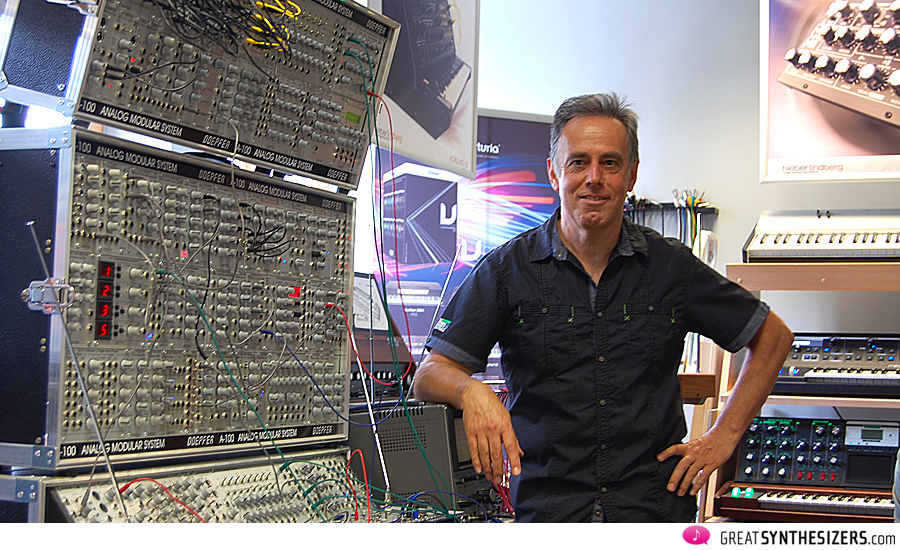 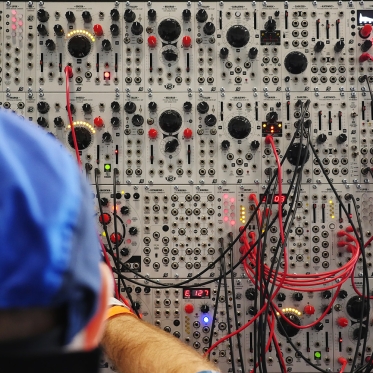 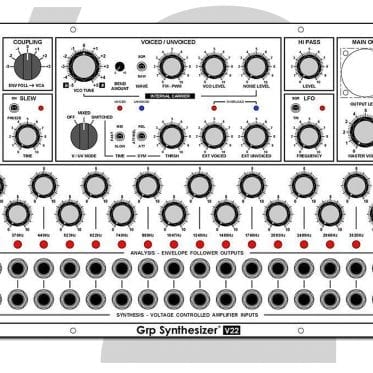