While part 1 of my NAMM report focused primarily on Eurorack Modular and synthesizer accessories, I want to start part 2 with the proverbial elephant in the room (and literal behemoth amongst current fare), the Matrixbrute from Arturia. A (much) bigger brother to the Mini and Micro “brutes” the Matrixbrute features a fully analog (audio) signal path from its 3 oscillators, 2 filters (1 multi-mode Steiner Parker filter, 1 Transistor Ladder LPF) and ends with an analog effects section that boasts delay, chorus, flange and reverb. On paper, the Matrixbrute is an absolute dream … 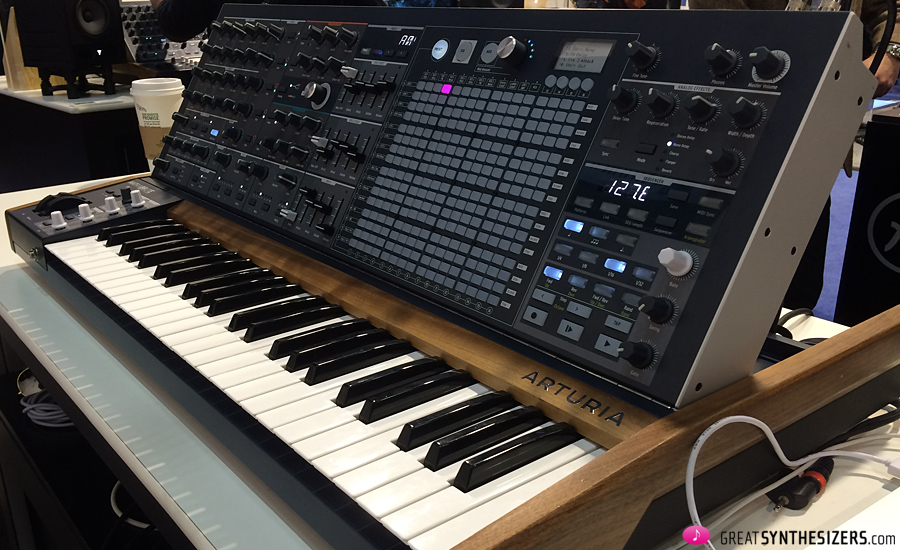 A duophonic monster with an intimidating 64 LED backlit button array matrix that not only allows a user to route complex modulations but is also a full fledged step sequencer, preset access terminal and more. I personally love the “Brute” oscillators that Arturia produce and I’ve found that while somewhat limited, the Minibrute will hold its own next to much more expensive and sought after instruments.

While the Matrixbrute may sound great like its successors and bring many, many new features that seem incredible from afar, it’s no secret that Arturia as a company has completely dropped the ball when it comes to product reliability and customer relations. 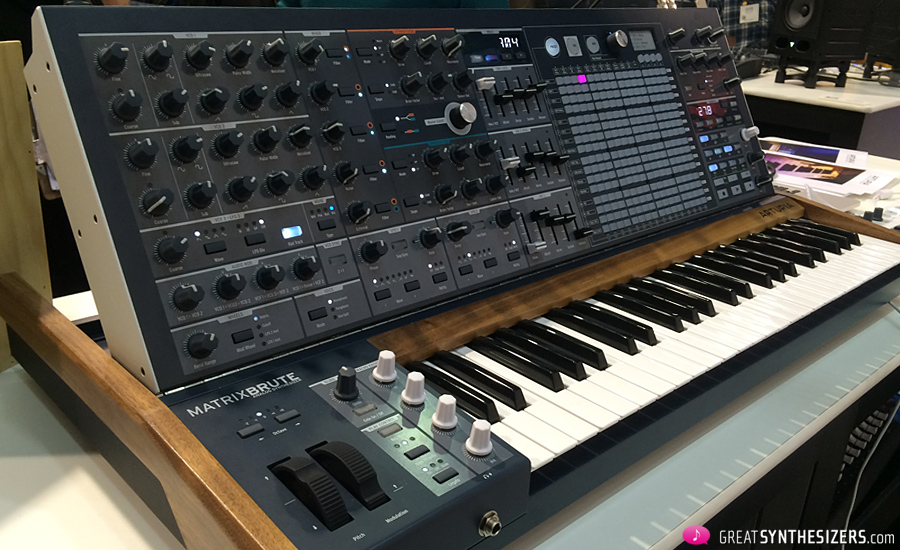 A quick search through popular synthesizer forums will reveal many horror stories from unsatisfied Arturia customers who have ordered synthesizers that arrived DOA (dead on arrival) or that in one way or another became unusable after a short amount of time. Contacting customer relations in an effort to rectify the situation tends to result in extremely sporadic correspondence and oftentimes customers won’t receive any help whatsoever. So while the Matrixbrute appears to be an epic and inspiring new offering, I would be cautious so as to avoid purchasing a potential $2,000 doorstop. 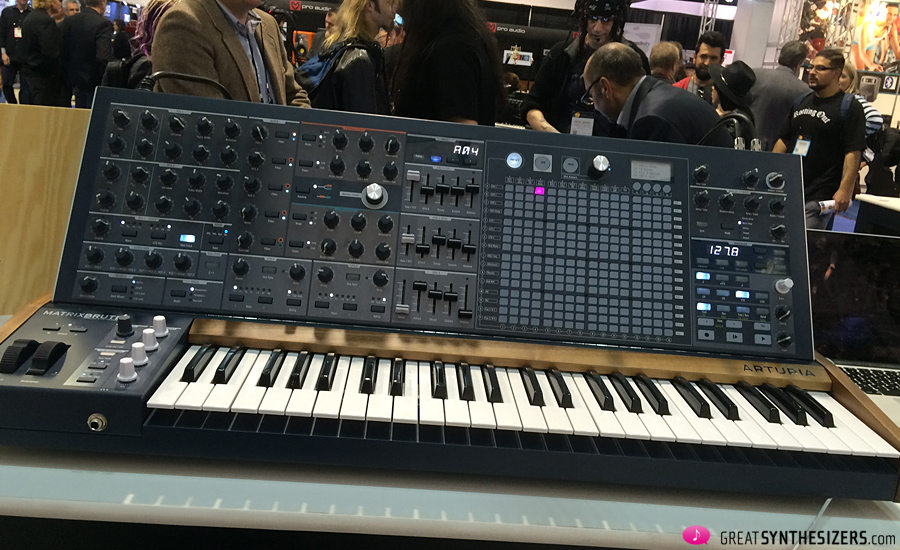 After departing the Arturia installation I decided that it was time to search for what at the moment, seemed like the arch rival of the Matrixbrute and made my way to Dave Smith Instruments to get a look at the already famed OB-6. Having already been a fan of the Prophet 6 (and DSI in general) I found the OB-6 to be incredibly familiar. Aside from the blue stripes that Tom Oberheim would later tell me that he insisted on including, the physical structure of the OB-6 is identical to the Prophet 6. 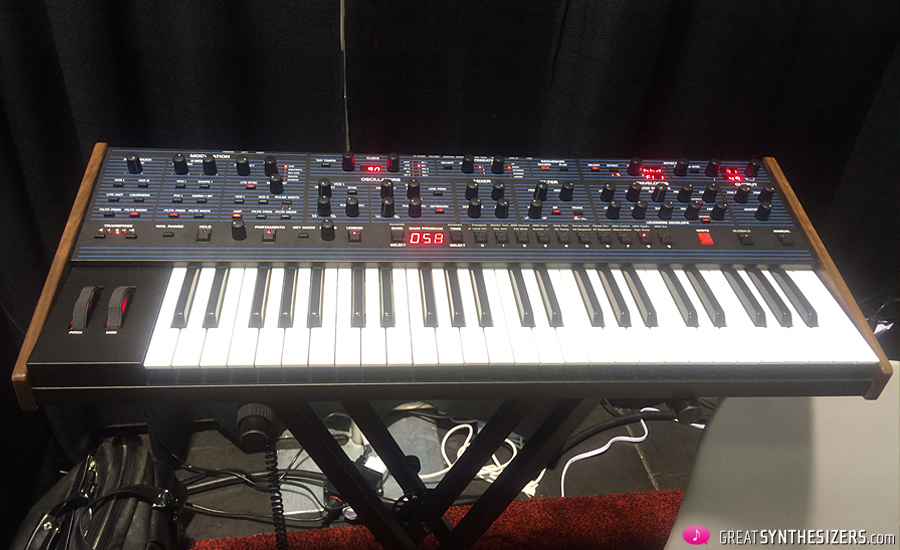 The internal workings however sing a different song. A total of 12 SEM oscillators are hiding under the hood of this machine. Pair that with Oberheim’s State Variable Filter and the incredible, digital recreations of Tom’s ring modulator and phase shifter and you end up with what I’ll be calling my personal “best in show” for the second quarter installment of my NAMM report. 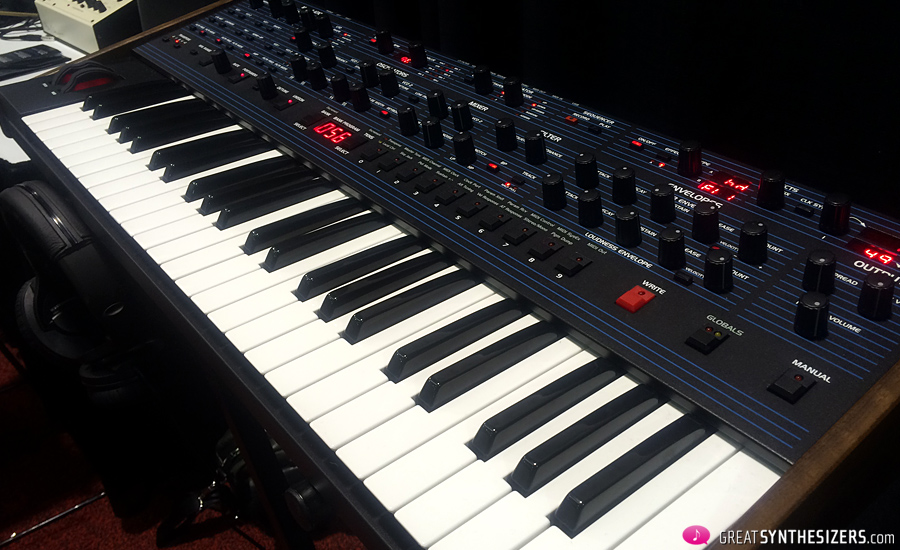 While my accolades might not mean much on a broad spectrum the Dave Smith Instruments OB-6 did in fact win the official Best In Show award this year which should stand testament to its potential. While only having had spent several minutes pilfering through presets and making minor parameter adjustments, the sound of the instrument still stays with me. It’s almost hauntingly vintage yet it’s feature set lends itself to crafting something much more advanced than its definitive brethren. 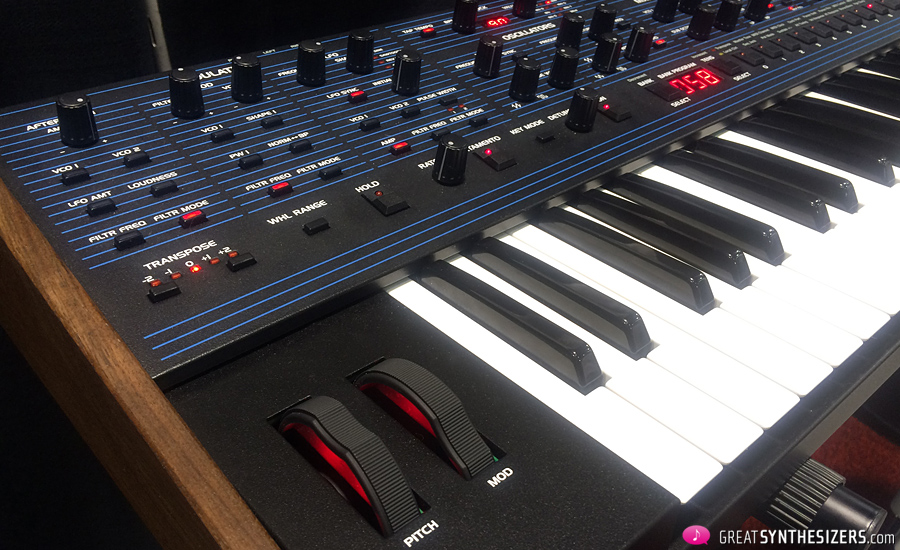 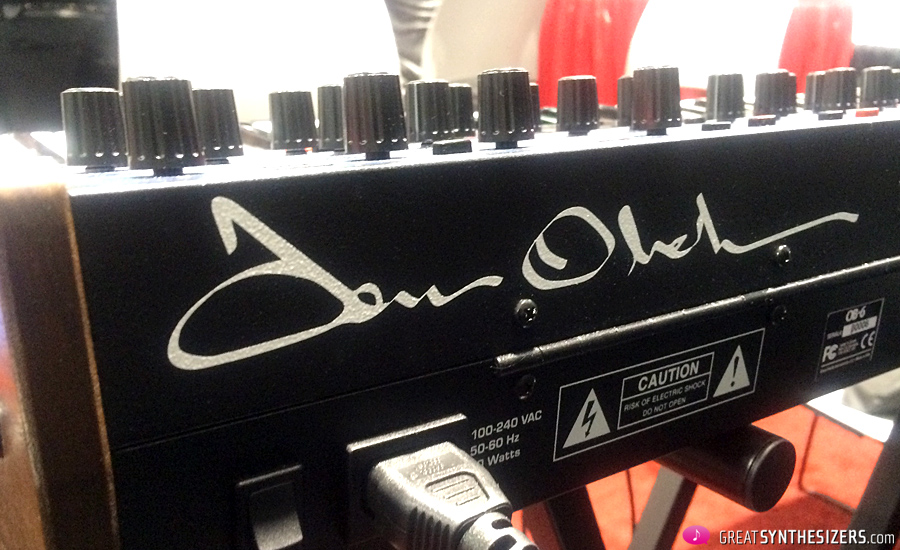 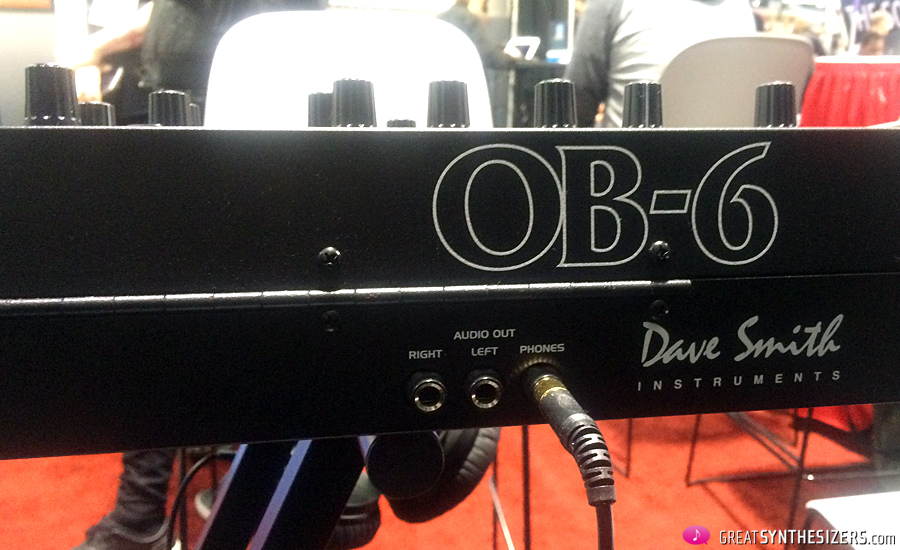 Still riding on the high of the OB-6 I found myself wanting more and ventured to the quaint booth of a company called Marion Systems. Marion Systems is the legal moniker of Tom Oberheim Designs through which Tom has been able to recreate his exemplary synths of yesteryear since selling off his name to Gibson. I was pleasantly surprised to find Tom himself showing the Two Voice Pro along with the previously mentioned OB-6 and his new Two Voice based Eurorack modules. Helping Tom at the booth were his lovely wife Jill and daughter Emily Marion Oberheim who’s name inspired the new company label. 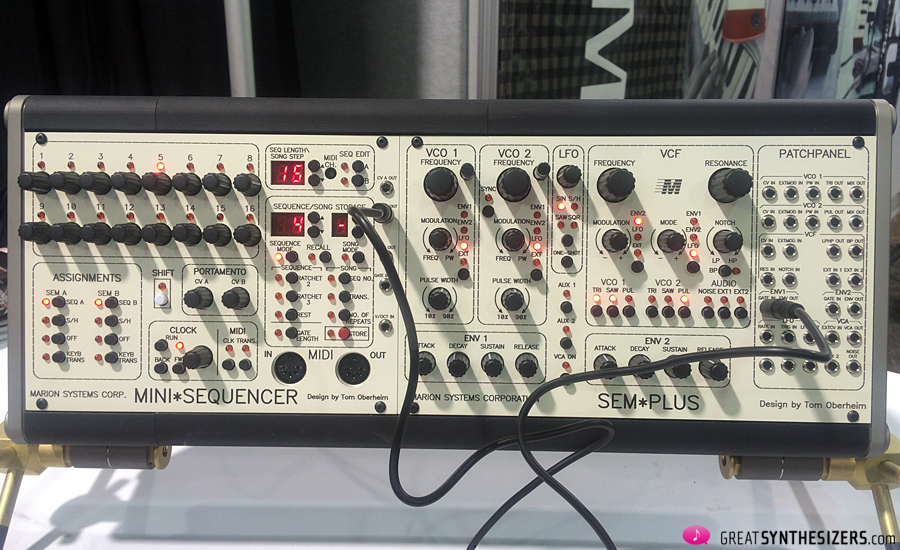 I think that it’s safe to assume that any reader of Greatsynthesizers.com will be well versed in the product offerings from Oberheim such as the Two Voice Pro however it can’t hurt to be reminded of what an absolute beast of a synth it is. The Two Voice Pro is simply the go-to synth when seeking huge, analog low-end and raw power for those who can afford it at a hefty $3,500. Luckily Tom has made the sound of the Two Voice Pro much more accessible by releasing the SEM Plus and the Mini Sequencer modules in the Eurorack format. 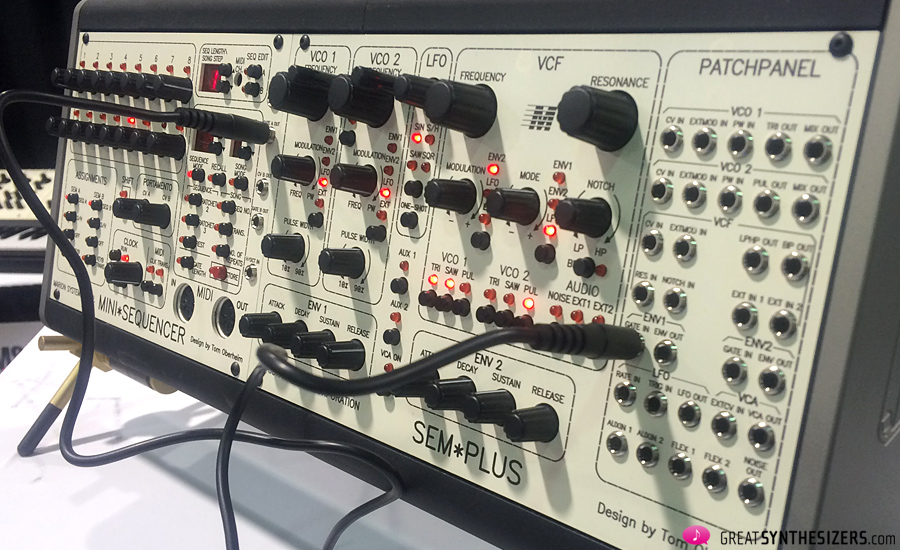 After spending a little more time coveting the synthesizers at Oberheim I remembered hearing about another classic (maybe not AS classic as Oberheim) company diving into new, Euro territory and decided to investigate. After many years of delivering breakthrough wavetable keyboard synthesizers, the German born Waldorf were set to unveil the KB37. A streamlined, sleek keyboard featuring a 100hp Eurorack encasement. While the idea of building a keyboard / Eurorack case isn’t new, the KB37 has many features that aren’t found in competitive models such as a Fatar keyboard, velocity, aftertouch, pitchbend and mod wheels and more. 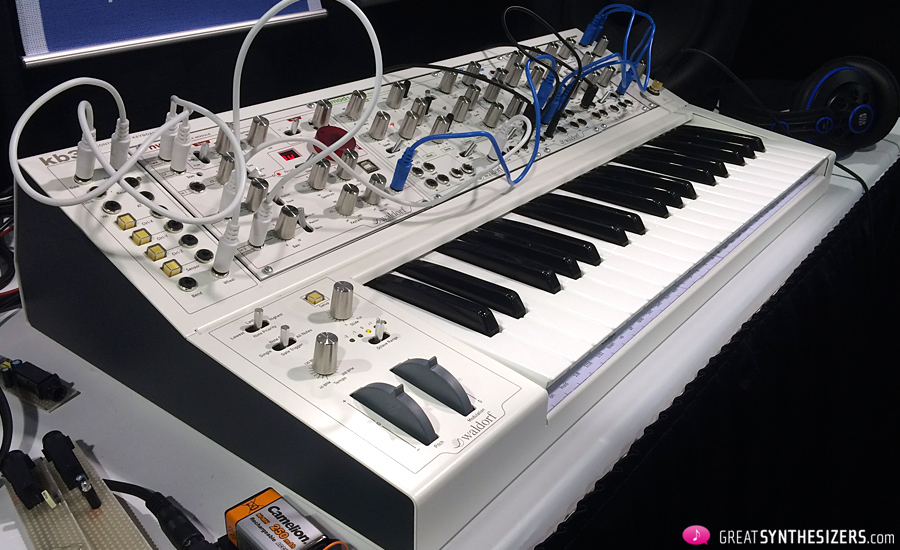 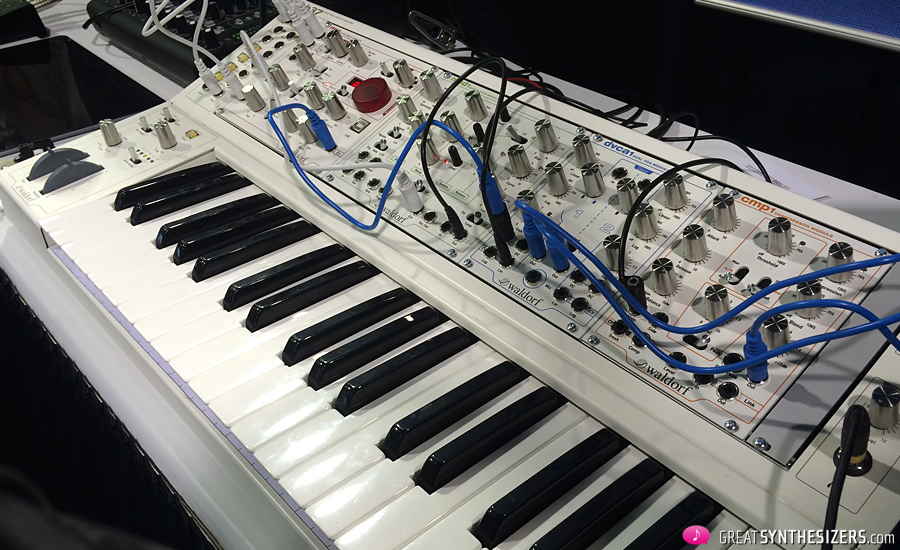 Even on its own it’s a phenomenal concept however Waldorf have also released a self contained system of modules to coincide with its release. The most interesting of which is the NW1 wavetable oscillator which can bring the classic Waldorf sound to your modular setup. With the NW1 it is possible for a user to record external audio in order to create custom wavetables or event use an onboard speech synthesizer to convert typed text into wavetables. What really sells me on the NW1 is the inclusion of wavetables from both the classic Microwave and Wave synthesizers which even in modern times are incredibly expensive on the used market. 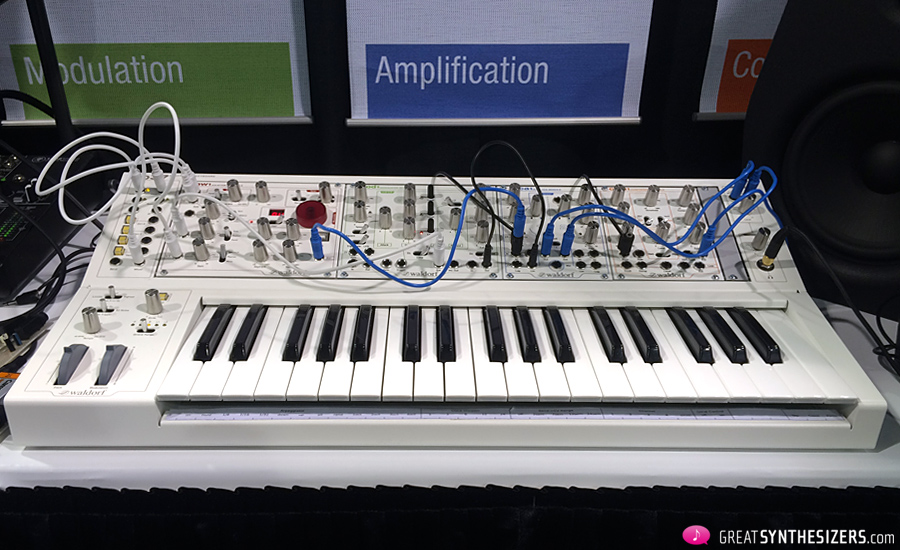 While the new offerings from Waldorf were certainly impressive, I couldn’t help but to be drawn to the decadent and imposing wares of a new but very recognizable brand of super-synths who’s booth laid in plain site from where I stood. Modal Electronics (then under the name Modulus) burst their way into the world of synthesis with the release of the 002, a 12 voice digital / analogue hybrid polysynth that while impressive boasted a rather hefty price tag while also being in direct competition with the then recently released Prophet 12 from Dave Smith Instruments. 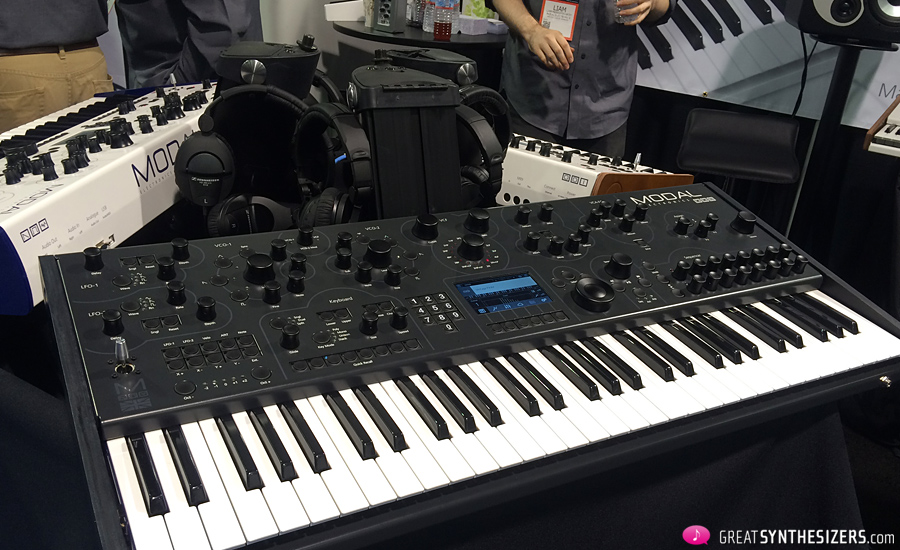 While that may have spelled doom for less ambitious companies, Modal showed an unwavering resolve and would soon release the incredibly powerful and gorgeous 008 which I was immediately drawn to upon arriving at their booth.

The 008 is a thing of beauty. A sleek black frame featuring black hardware conceals an 8 voice analog architecture that begs to be played. Quite like the OB-6, the 008 boasts 2 oscillators and 1 sub oscillator per voice. While the audio signal path remains true to its analog design, the modulation matrix (amongst other control parameters) owes its stability to the digital domain. 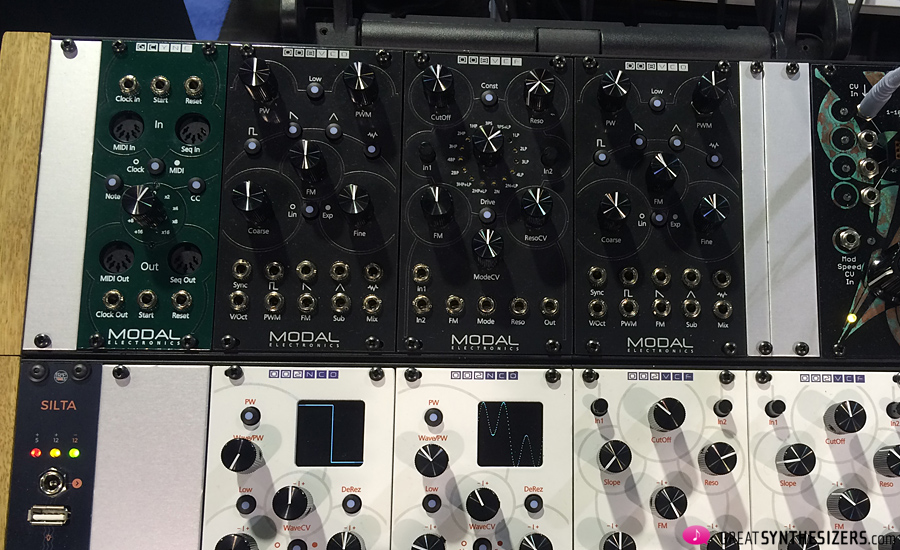 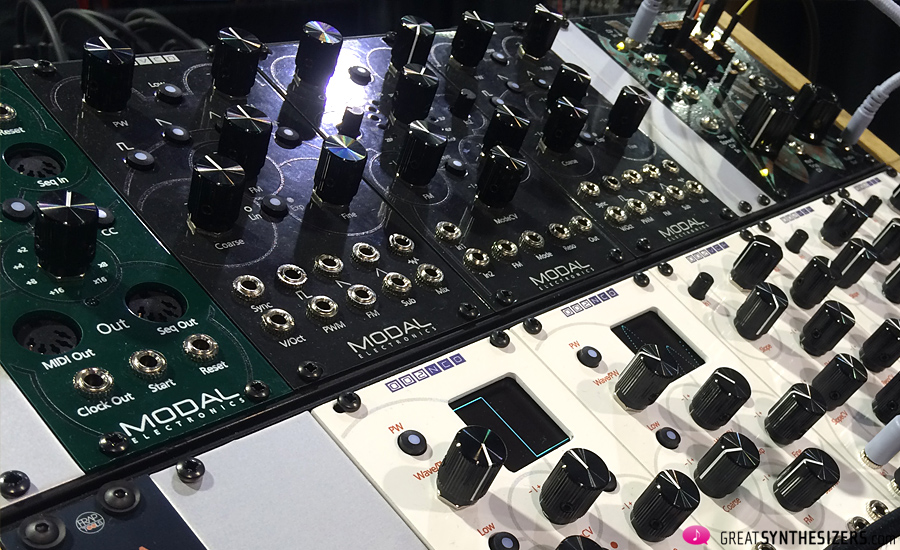 Quite unlike the majority of high-end, analog machines that tend to swing to and from Transistor Ladder and Curtis Chip based filters respectively, the 008 is graced with a multi-mode filter featuring no less than 16 filter types. It’s difficult to not be impressed by this monolithic polysynth. Another highlight of the Modal booth were the unveiling of several Eurorack format modules based on the oscillator and filter sections of their 002 and 008 synthesizers. This will allow quite a few of Modals “fans from afar” to finally get their hands on this lusted after gear as the Euro modules will surely be more affordable than $5,000. 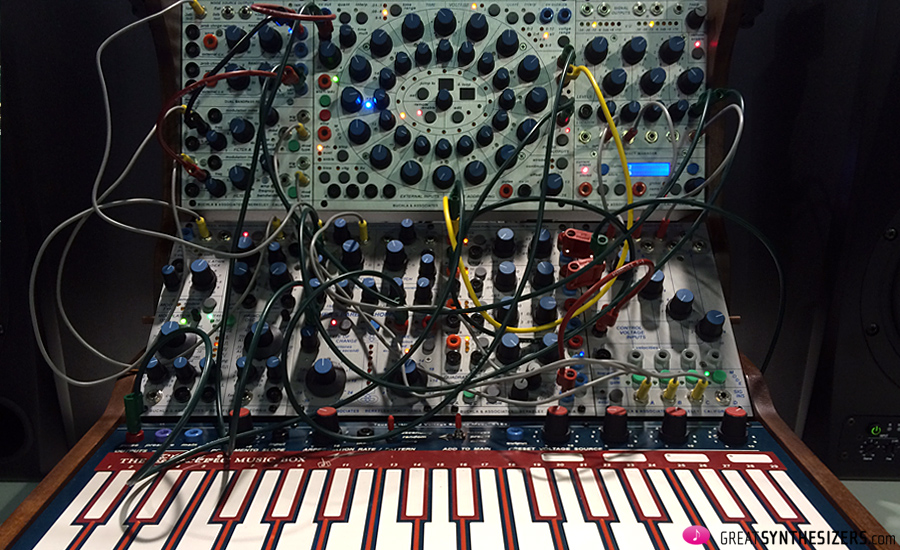 While on the topic of the expensive and boutique, it wouldn’t be a proper NAMM experience without dropping in on Buchla. I’ve been a fan of the wonderfully strange works of Buchla from the moment I laid eyes on a 200e Skylab some years ago at a previous NAMM and with good reason. Buchla always seem to put a twist on the conventional while others only imitate. 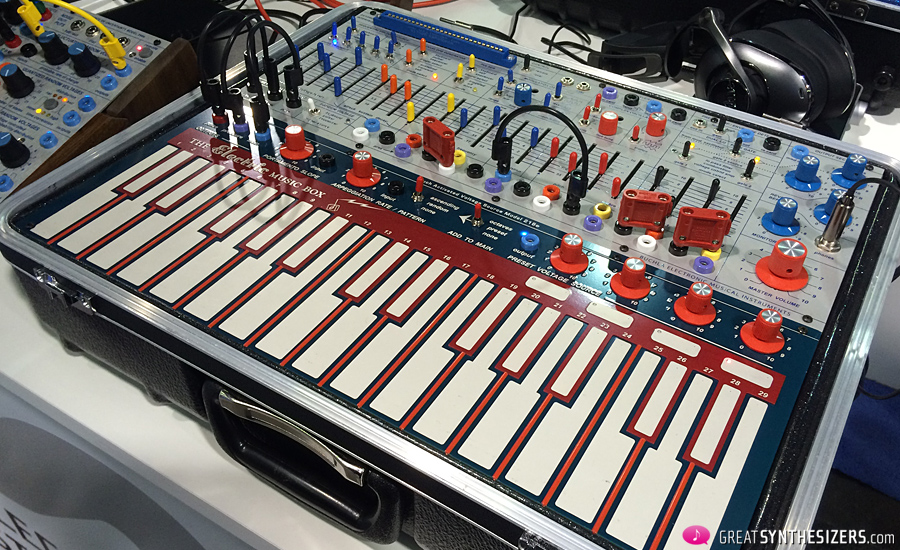 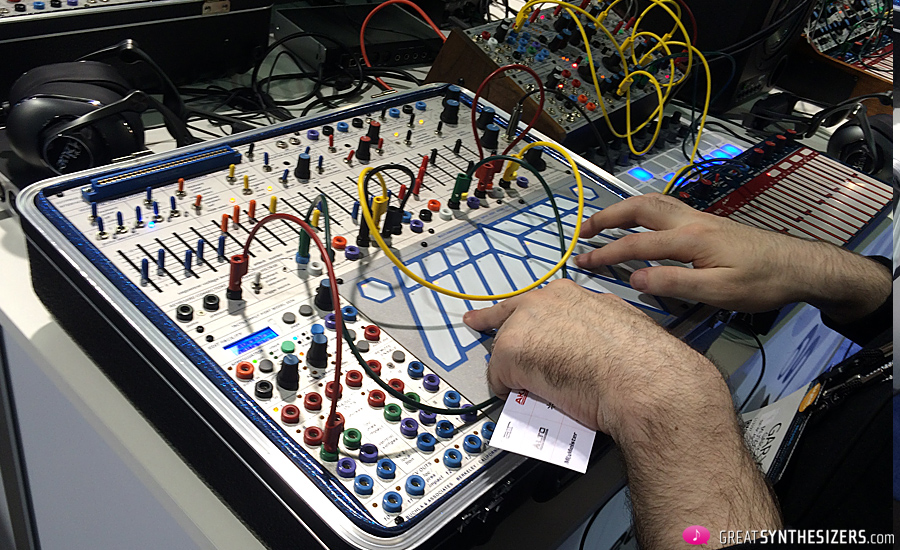 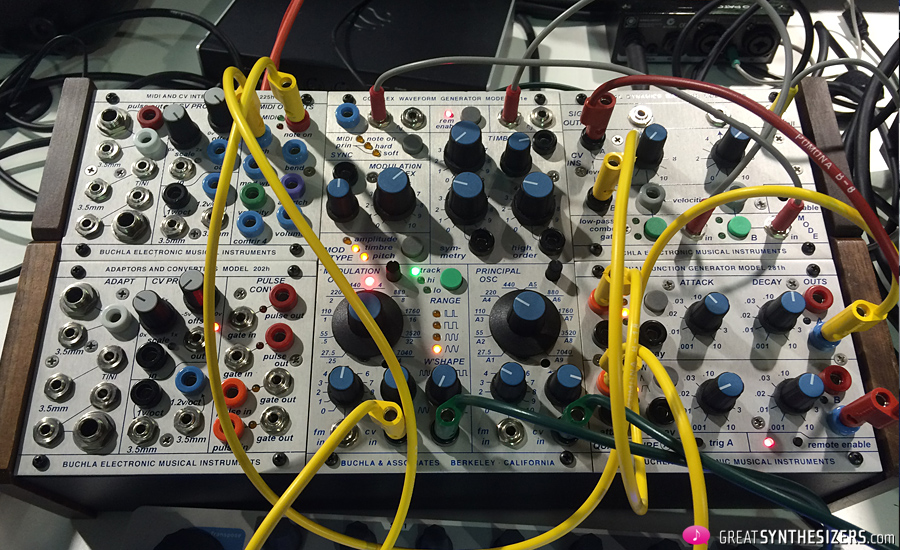 I like to look at Buchla as the jumping off point for those looking for the bizarre and absurd. Not to say that these wonderful machines aren’t useful when wanting to create something straight-forward because they do excel in any musical environment. But, putting your hands on a Buchla oftentimes inspires a user in ways that the average fare simply can’t. This year the people at BEMI made their systems even more interesting with the inclusion of the 252e Polyphonic Rhythm Generator, a brilliant sequencer module that boasts an interface that would feel just as at home in a Sci-Fi movie as it would in a modular system. 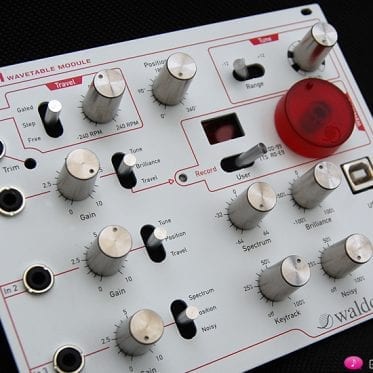 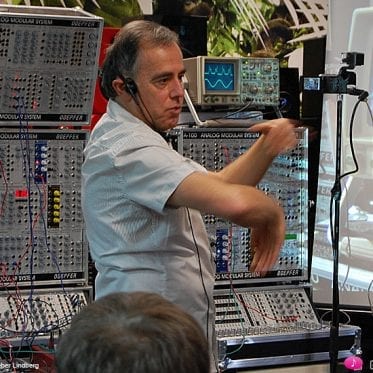 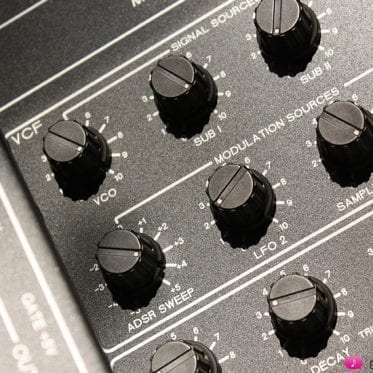 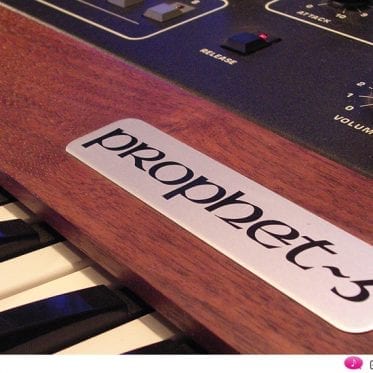 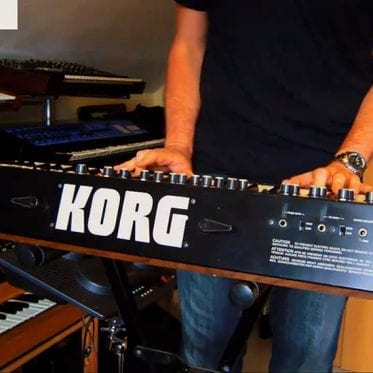 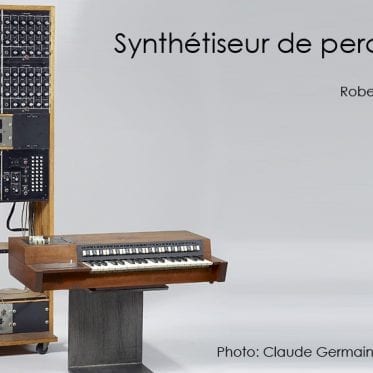 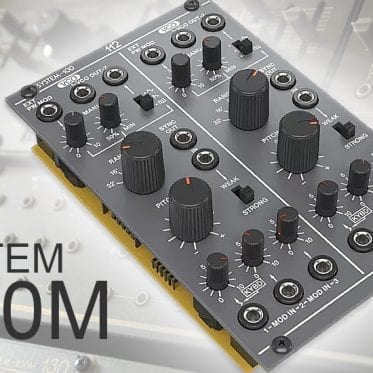 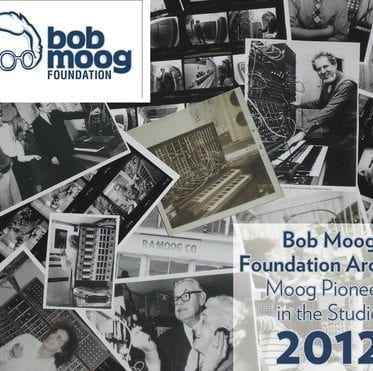 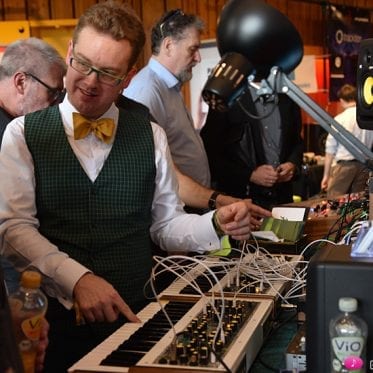 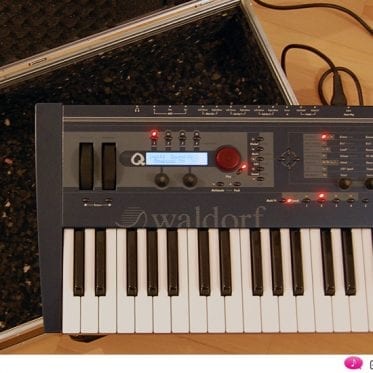